Faria Focus: NFL Draft is a bright spot in a world with no sports 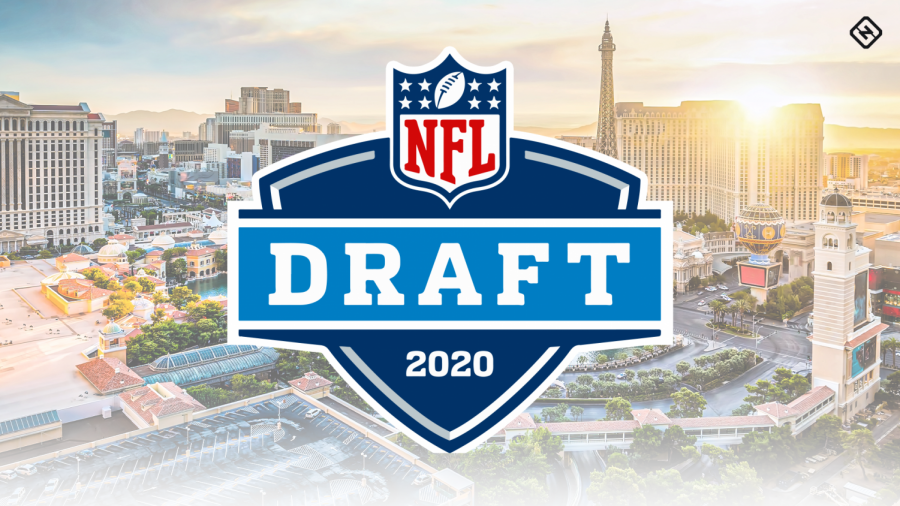 The 2020 NFL Draft, a bright spot in a world with no sports.

As the sports world remains at a standstill due to COVID, sports fans are desperate for any source of entertainment. Luckily for us, the 2020 NFL Draft is helping us power through by holding a virtual draft this past weekend.

The draft consists of seven rounds of 32 picks representing each team. The first day of the draft was Thursday evening where the the first round was held. This year’s draft was highlighted by the fact that many offensive playmakers on the board were capable to play for really any position.

The first overall pick to the Cincinnati Bengals was no surprise as they selected the quarterback from LSU, Joe Burrow. Burrow was the presumptive number one overall pick as he was coming off arguably the best college season of all time. Not to mention,  the Bengals were in need of a new QB.

During his last season at LSU, Burrow led the Tigers to an undefeated season winning the national championship, the Heisman trophy for the country’s best player and broke the all time record for touchdowns scored, just to name a few of a long list of accomplishments.

With Burrow being the clear number one pick leading up to the draft, there was debate over whether the second quarterback to be selected would be University of Alabama’s Tua Tagovailoa or Justin Herbert from Oregon University.

Even though Tagovailoa was the better player, many teams had concerns over his health and longevity as he is coming off numerous injuries in his two full years of being a starter at Alabama. These concerns led to many of mock drafts projecting Tagovailoa’s draft stock to fall and Herbert being selected over him.

On draft night however, Tagovailoa was selected fifth overall to the Miami Dolphins, one pick ahead of Herbert who went sixth to the Los Angeles Chargers.

Another big question leading up to the draft was which star wide receiver would be the first to be drafted. The three projected to be one of the first selected were Ceedee Lamb from Oklahoma along with Jerry Juedy and Henry Ruggs III, both from Alabama.

With the talented group of receivers in this year’s draft, five of them ended up being first round picks, with the first two picks in the second round being receivers as well. The first player to be chosen was Henry Ruggs III. Ruggs was selected by the Las Vegas Raiders with the 12 overall pick.

Ruggs was known for his speed which was well documented at the NFL Combine where he ran a 4.27 second 40-yard dash, the third fastest of all time at the combine.

The next receiver taken was Ruggs’ teammate at Alabama, Jerry Jeudy. He has been praised for being the best route running receiver. Jeudy was drafted three picks later by the Denver Broncos who are committed to building a new and young group of receivers after drafting Courtland Sutton in the second round last year, and now Jeudy this year.

The last of the trio to be selected — and in my opinion the most talented of the three — was Ceedee Lamb. Lamb was drafted by the Dallas Cowboys with the 17 overall pick. I was very surprised to see Lamb fall this far in the first round as every team drafting after the Chargers at six could have potentially taken any one of these highly touted receivers.

Offensive tackle was another stacked position in this year’s draft as four tackles were drafted in the first round. The first to be selected was seen as a surprise to most when the New York Giants took Georgia’s Andrew Thomas fourth overall.

Thomas is a great player and will start right away in New York but there were probably better options on the table for the Giants at pick four. One of those players being Jedrick Wills from Alabama who was the second tackle selected. Wills was taken with the tenth pick by the Cleveland Browns. This was the start to a quick flurry of tackles being selected as the New York Jets chose Mekhi Becton from Louisville with the very next pick. Two picks later, the Tampa Bay Buccaneers traded to move up to draft Iowa’s Tristan Wirfs at 13.

Even though I have been focused on the top offensive players in the draft, it wouldn’t be right to disregard the best defensive player — if not the best overall player in the 2020 draft —Chase Young.

Young, who played collegiately at Ohio State, was taken second overall by the Washington Redskins. Young was the second straight defensive end from OSU to be drafted second overall after Nick Bosa was drafted by San Francisco Giants last year. Both Bosa and Young have been touted as two of the best defensive linemen to be drafted in recent history. I may be biased as a 49ers fan, but I think Bosa is far more talented.

We will have to wait and see if we will even be able to see this highly anticipated 2020 NFL Draft class in action due to concerns regarding whether they will be able to play the upcoming season in the fall due to concerns over the of coronavirus.