Students making an impact by helping vulnerable groups in quarantine 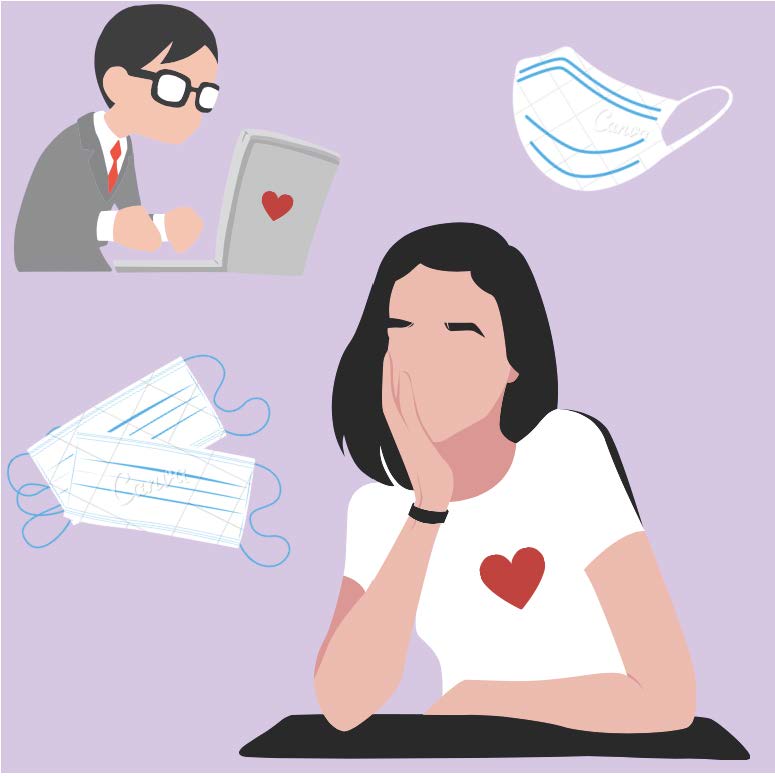 With the combined efforts of many students in the HHS community, more and more hope is being provided to the homeless and the underprivileged.

With the rise of the COVID-19 pandemic and the implementation of stay-at-home orders, the frenzied lives of many have come to a halt. For the vast majority of students, school and work now happen at home, within the confined safety of their walls.

However, while many lives have slowed down, each day for the homeless and underprivileged is wracked with hardships, as they struggle to cope with the pandemic.

A handful of HHS students have noticed their difficulties, and they have chosen to help in a variety of ways, from making face masks to founding organizations.

For the homeless, shelters are crowded and resources are scarce, according to ABC News. Junior Anoushka Shenoy has been volunteering at one of these shelters, Family Supportive Housing, for the past five years, she said.

“[Homeless] shelters are filled to the brim,” Shenoy said. “[The homeless] were already having trouble finding jobs, and now they are struggling even more. A lot of the residents have young kids, and many have health issues.”

Shenoy said she used to make food for the homeless at this shelter, but because of the pandemic, she could no longer do so. Instead, she began creating masks and donating them to the organization. Shenoy said she understands the struggles of the homeless during these times, so she encourages others in her community to help out as well.

“[The homeless] don’t have a safety net.” Shenoy said, “Many don’t have savings, and can’t find jobs to get out of their position.”

Additionally, the homeless lack the security of their homes, the ability to quarantine, the availability of medical aid, and the access to cleaning facilities.

Like Shenoy, freshman Andrew Park said he has been inspired to make an impact. He is involved with an organization called Bayreach that aims to provide services for the underprivileged. Along with the organization, he has been arranging donation drives and partnering with local groups to provide support.

“I live in a pretty privileged area,” Park said. “Even with the resources that I had, I was still struggling, so I couldn’t imagine how much harder it could be for the underprivileged.”

Park said he genuinely wanted to help out in any way that he could. To him, the situation seemed so challenging, especially for those without resources. He felt providing aid for them was something he needed to do, he said.

In hopes of combating food insecurity among the underprivileged, freshman Andrew Borjigin said he was encouraged to start an organization with a friend called CovidRun.

“We were motivated to do this, because in the news, many are going hungry,” Borjigin said. “There are so many people relying on food banks right now, and the number of unemployed in the U.S. is still [increasing].”

As the COVID-19 pandemic continues to spread, the lives of the homeless and underprivileged continue to worsen, Borjigin said.

“The situation is rough for many. Because of unemployment and job loss, it is hard to make ends meet and buy groceries,” Borjigin said. “For those struggling to get by, we hope that we can help them and provide light in the crisis.”

With the combined efforts of many students in the HHS community, more hope is being provided to the homeless and the underprivileged. Together, they are able to make great differences.