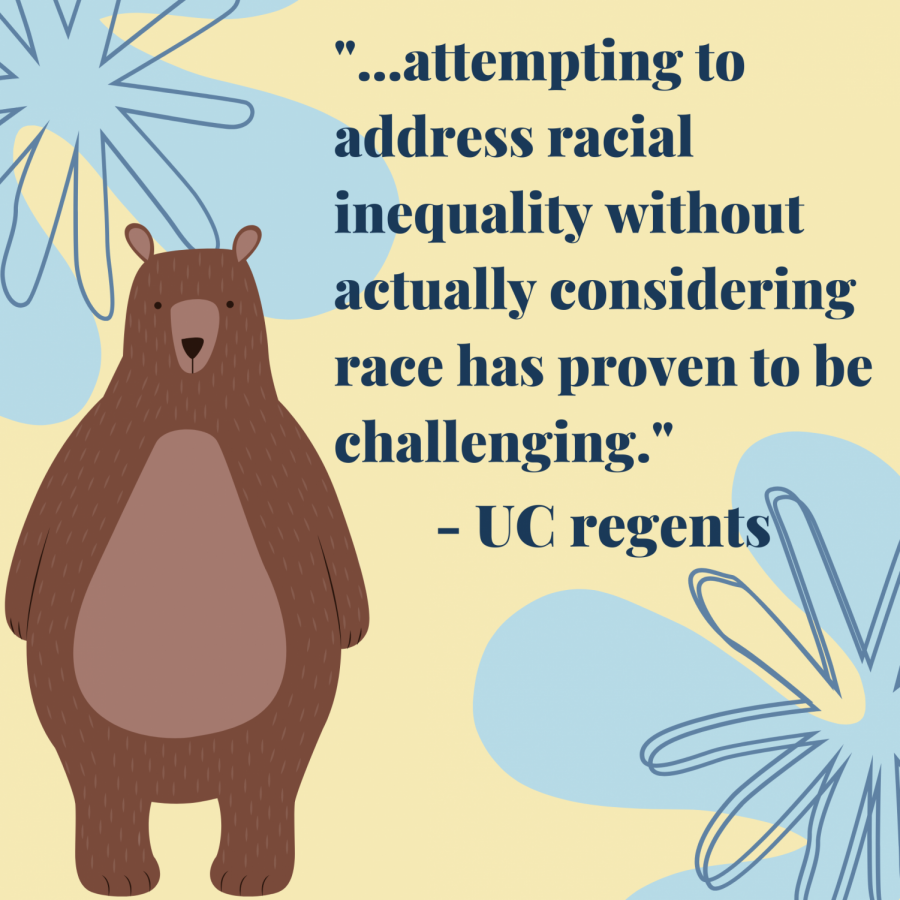 ACA 5 IS NECESSARY: In order to correct racial disparities in UCs and CSUs, it is vital that admissions officers consider an applicant’s race.

When I heard that the state senate voted to pass the Assembly Constitution Act 5 (ACA 5) on June 25, after it was backed by UC regents and the state assembly, I was relieved, as minority students would finally get a chance at proper representation within state colleges.

ACA 5 would repeal Proposition 209, which made an amendment to the state constitution in 1996 to remove racial and sexual biases from state government institutions such as schools, workplaces and contracting and brought an end to affirmative action, or the correction of discriminatory practices within said institutions.

The two ideas seemed rather conflicting. It simply doesn’t make sense to remove biases but not strive toward correcting discrimination as a whole.

Furthermore, the introduction of Proposition 209 led to several problems regarding minorities in UCs and CSUs.

A letter by the Cal State Students Association highlighted a crucial injustice in state university admissions: admission rates for Asian American students have declined since passing Proposition 209, as well as those for Black, Latinx and Native Americans.

Though Proposition 209 removed race as a factor in admissions, “attempting to address racial inequality without actually considering race has proven to be challenging,” according to the UC regents.

The hope is that ACA 5 can hopefully correct this. By accounting for race, state universities can better gauge racial discrepancies in admissions. This will also give a more equitable chance for students in underrepresented races to receive a better education.

For example, fewer than 25 percent of UC and CSU students are Latinxs, despite making up a sizable portion of California’s population, according to former Sunnyvale mayor Otto Lee.

ACA 5 could potentially correct that by looking at the proportion of Latinx students who are admitted to create fairer admissions for their ethnic group.

We need affirmative action, especially if we want to bring about true equality in our society. ACA 5 will aid UCs and CSUs in admitting students in a way that will account for race and better account for racial disparities.