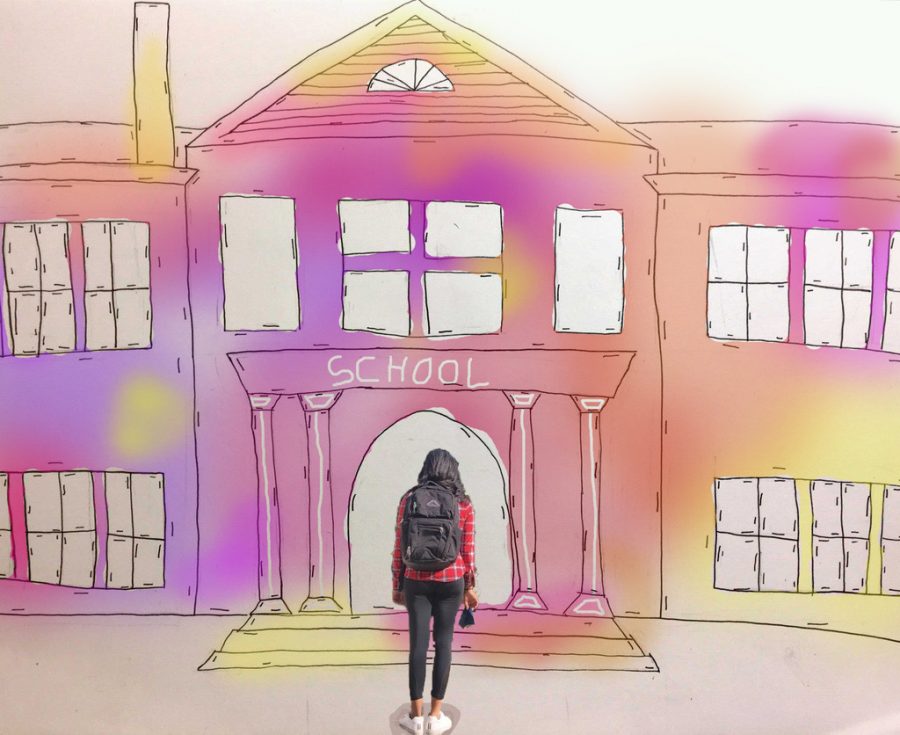 While thoughts on returning to in-person instruction are mixed, there remains a hesitation to reopen schools in the FUHSD due to the potential health and safety risks of all stakeholders.

During the pandemic, schools, districts and government officials have been tasked with figuring out the logistics of reopening schools so that in the future, it is both safe and reasonable for students and faculty to return to campus.

There are many aspects school officials must consider before schools can reopen after being shut down mid-March, like how many people schools can accommodate before it becomes a health concern and how many students and teachers would actually be willing to go back to school.

“[L]ast spring, when [FUHSD and] the county surveyed families, about a third of families said that they would not return their students to school until there was a vaccine,” associate superintendent Trudy Gross said in a Zoom interview.

Since Santa Clara County has stayed in the red tier for the required two weeks as of Sept. 22, FUHSD was given the choice to decide whether or not they want to reopen. After recently arriving at a consensus on Sept. 24, FUHSD announced in an email that schools would remain closed at least until the end of the first semester.

Superintendent Polly Bove said during a PTSA meeting she thinks that opening schools right now would be too difficult.

“When we say ‘come back to school,’ let’s be really clear. Yes, there’s simply this nice headline in the Mercury News: ‘Schools can be open,” Bove said. “They can be open, but only open if you follow a 29-page guidebook of the rules, and that 29-page guidebook essentially says it’s not possible for high schools to come back.”

Even with the county’s improving status, Principal Greg Giglio said in a Zoom interview there are risks involved with reopening the school.

“It may be a gamble,” Giglio said. “You even run a little bit of a risk … coming back after a vaccine, because there’s no law saying you have to take it.”

Some students, like senior Connor Alicaya, say they would not want to return to school.

“Since a lot of younger people our age tend to be asymptomatic, I can’t be sure that I won’t catch it at school,” Alicaya said in a Zoom interview, later adding that online learning has not negatively affected his education.

However, senior Sid Shah said he is willing to take this risk and is eager for school to reopen. Shah said he is confident that as high schoolers, students understand the importance of mask mandates and would be able to follow all safety precautions.

“We’d rather be in school than stuck at home,” Shah said. “While wearing a mask for that many hours in a day is tough, I will be able to put up with it.”

In addition, even without sports and clubs, junior thien-Nhi Vu said she is still willing to go back to school.

“Even though they are factors of school, it’s more about being in an environment where you can see your teachers face to face or being able to have side conversations with your classmates in class,” junior Thien-Nhi Vu said.

Bove said  when schools do reopen, students and families can make the choice whether or not to return to in-person learning.

“We understand there’s going to be some families that are going to be hesitant to return,” Bove said.

Even though it is unclear whether schools will reopen at all for the 2020-21 schoolyear, one of the district’s main priorities is to make sure all students and staff members stay safe, Gross said.

“We have to think about all the people in our community — so students, parents and our staff members,” Gross said. “[We are] making sure that we’re looking at the physical safety and the needs of all of the people involved.”