Staff work together to improve equity 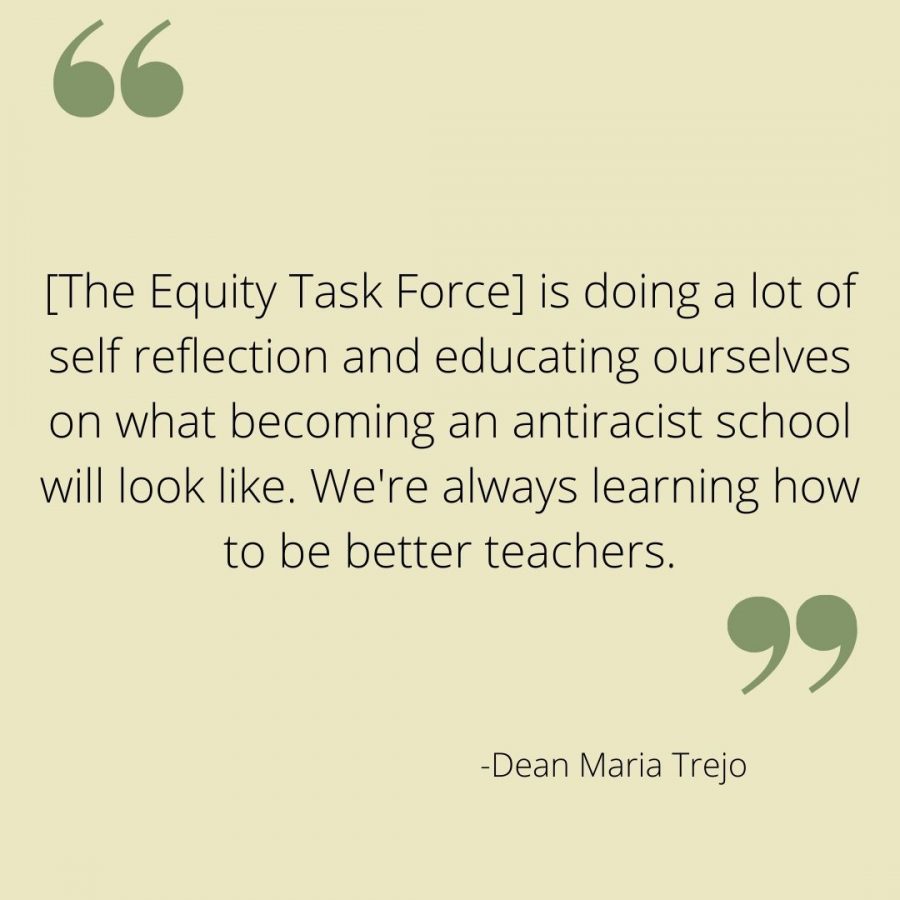 The murder of George Floyd on May 25 generated waves of self assessment that impacted every community in the United States, including HHS.

Teachers are now required to attend seminars and re-evaluate their standard teaching practices through the lens of antiracism, Principal Greg Giglio said. The new methods developed will be applied in the classroom on a daily basis.

Josh Maisel, coordinator of academic interventions with FUHSD, said in a Zoom interview that there are three professional development stages every teacher in the district must go through.

Starting with the introductory ethics training, new teachers are required to attend seminars each year over the summer based on the concepts of a book called “Culturally Responsive Teaching and the Brain.”

The next stage is a continuous discussion-based training, which aims to aid teachers in any equity issues they might be facing in the classroom.

In addition, FUHSD periodically creates virtual group meetings for teachers to discuss specific aspects of equity. The next meeting will concern language development students and their position in the school’s environment, Maisel said.

Giglio said in a Zoom interview that the principals of each school in the district are leading the antiracism and harassment training each staff has been undergoing.

“All of [the principals in the district] firmly believe that this is super important work, and that we need to start doing something now,” Giglio said.

In addition, Giglio said that a group of staff members called the Equity Task Force was created a few years ago in an effort to bring greater equity to HHS. Today, Dean Maria Trejo is the head administrator of the task force and is responsible for ensuring progress.

“We’re learning how to train others to create a campus that’s antiracist and welcoming to all students, all backgrounds and all lifestyles,” Trejo said in a Zoom interview. “That’s our main goal.”

Trejo also said she was able to implement many of her goals to make HHS a more inclusive environment into the Schoology modules students completed as part of Advisory in the beginning of the year.

“I was able to put in our new goals like becoming an antiracist school [by] using progressive discipline, restorative justice practices and creating a safe school environment for kids and using a trauma-informed lens,” Trejo said.

Staff have another form of training that involves participating in department-specific workshops, Maisel said.

A designated leader prepares workshops for all teachers within a certain department. In the English department, for example, voluntary workshops are conducted around teaching social justice and equality.

“Every Tuesday and Friday morning when you’re sleeping, teachers are awake, and they’re working with each other, trying to meet students’ needs in small team meetings, and we provide support for those teams,” Maisel said.

Jessica Kirby, one of the 16 facilitators for antiracist education leads small groups of staff in discussions about race. These discussions are all part of the Teacher Learning Module (TLM): a series of activities for staff that strives to eliminate racism.

In a Zoom interview, Kirby emphasized the difference between racism and antiracism, a message she wants to spread to students.

“In reality, we all see color. We all have implicit bias,” Kirby said. “The goal is working towards breaking down those systematic structures, rather than denying that we see color.”

Kirby decided to take on this role because she saw it not only as a way to gain stronger awareness of her own implicit biases, but also as a way to push herself to be better for her students and colleagues, she said.

On another hand, English teacher Megan Rupe has participated in these discussions and said she feels the structure and message of the TLM is headed in the right direction, but that it needs to be improved.

“I would go back and make sure we’re starting more at the basic building blocks of this work,” Rupe said in a Zoom interview.

Additionally, Rupe said she thinks grouping teachers with similar antiracism knowledge levels is better than randomly sorting them into groups.

Covering heavy topics like racism requires patience, which can be difficult, Maisel said.

“We have to take that seriously and be urgent, but my concern about the urgency is that people will get frustrated and give up,” Maisel said. “And this is a marathon so we have to keep running.”