Wilderness Adventurers Club encourages students to experience world around them

This nature based club gives students opportunities to escape everyday worries, connect with outside world 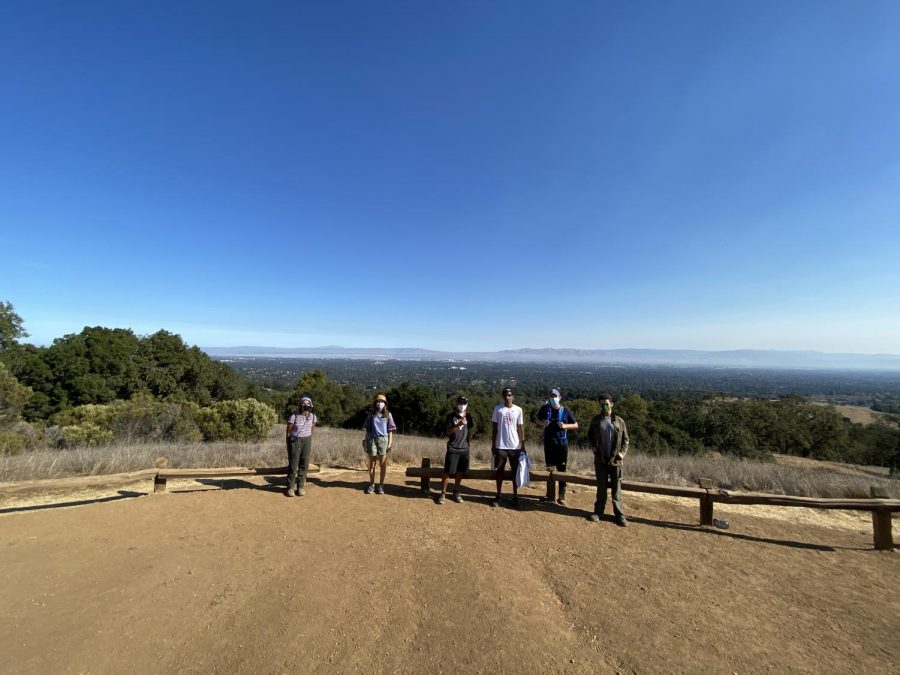 TRIUMPH OVER OBSTACLES: The Wilderness Adventurers Club finds a way to enjoy the outdoors despite health concerns through a socially distant walk.

The Wilderness Adventurers Club encourages students to go outside and respect nature.

“I don’t know what each person is dealing with,” senior Sammie Shenon, WAC president, said. “I know that mental health issues are on the rise, especially now. But I think that just being in nature is calming. I mean, it’s not super loud. All the trees are around you and everything’s so beautiful.”

As president of the club, Shenon said she is exposed to nature quite often.

“Wilderness Adventurers Club is for anyone that likes the outdoors, whether that’s hiking, backpacking, rock climbing, skiing, or anything like that,” Shenon said. “We just try to get people outside and having fun.”

Much like Shenon, Sherry Stack, a former field instructor at Walden West and docent at Ano Nuevo, said she has a unique perspective on nature.

“It’s just noticing the rhythms of the earth, and going with the sense of wonder. I just think it puts us all in perspective,” Stack said. “Once I was out with the seals [at Ano Nuevo], and I noticed, every time I drove home, all those things that seemed like problems in the morning simply didn’t seem that hard. It felt like I got centered and settled.”

Besides having a positive effect on her psyche, Stack also said she appreciates how unforgettable it can be to observe natural occurrences. One time in Yellowstone, she recounted seeing a grizzly bear observe six wolves eating a bison.

She also said she felt a powerful feeling of camaraderie among all the hikers who witnessed this once-in-a-lifetime event. Shenon said she agrees.

“Hiking with others is definitely a social thing and it’s nice to be around people, especially right now,” Shenon said. “I remember, two of the people that came to our last hikes were friends, but they hadn’t seen each other because of quarantine, it was nice to see friends and still be in a safe atmosphere.”

Sara Frausto, a P.E. teacher, said there are many benefits to hiking as an exercise.

“Hiking’s great. You don’t know you’re exercising when you are exercising, you think it’s just walking,” Frausto said. “But walking uphill is hard. So you’re working muscles, you’re working your cardiovascular ability. If you’re dealing with altitude, that’s also making it more challenging for you.”

Both Shenon and Stack said they both encourage students to try out the club since it doesn’t require an intense level of commitment and there are a number of physical and psychological benefits to hiking, in addition to being able to socialize during quarantine.

“I can’t think of anybody who shouldn’t get into hiking,” Stack said. “I just think it’s got so many levels of good to it. It’s got nothing but benefits and then you become a better keeper of the earth and that’s a wonderful part of it.”