Football team quarterback Jerome Holloway, is always dedicated and proud to on the field under the lights.

“I was definitely surprised, but I also had a feeling, a gut feeling, that I was going to be nominated,” Holloway said.

Being on crutches after having surgery on a torn ACL, Holloway and his partner, Phipps, worked around the matter so Holloway could be comfortable throughout the rally, Phipps said.

When he is not at football practice, Holloway enjoys watching football on television or hanging out with friends. Holloway said his favorite food is classic buffalo wings with a side of ranch dressing,

Holloway has played on the varsity football team all four years of high school. He said his favorite memory during high school was winning Battle of the Bell junior year and receiving an interview on Cal Hi Sports with his teammates. Holloway would like to thank his teammates, family and friends for their constant support in his life. 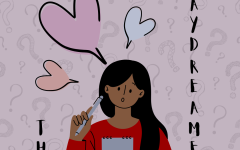 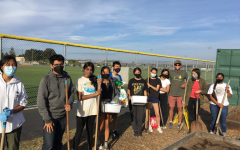 Making the environment greener one year at a time 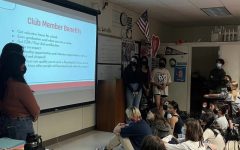 Crossing into the real world

From newcomer to director