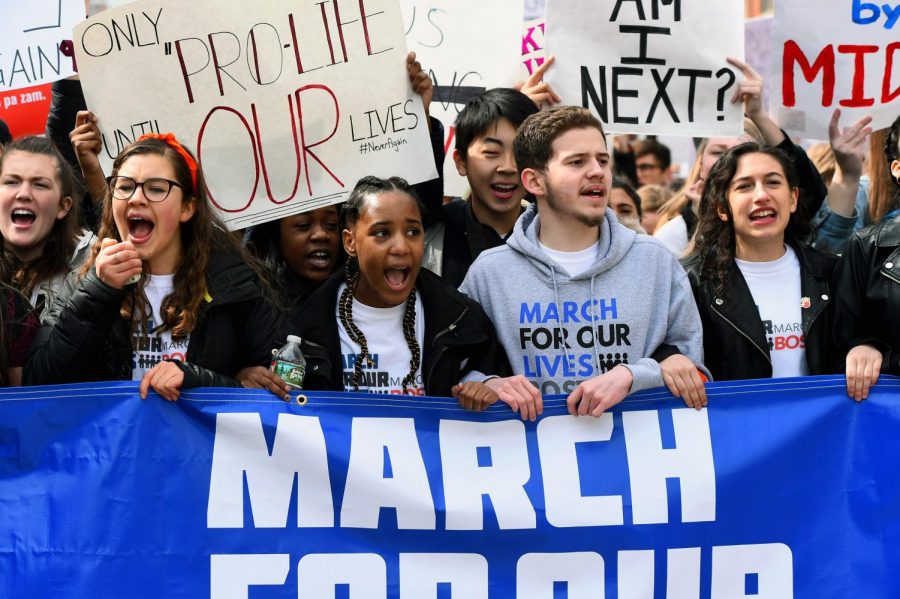 Without immediate change such as reform to the federal gun laws, America’s legacy will continue to be filled with violence

Before the pandemic, going to school was a normal part of a student’s life. However, I was constantly consumed by fear every time I walked through the gates of HHS. This fear wasn’t because of a test that I would have to take that day, but rather, the possibility that one day I would walk through the gates of HHS and never walk out.

This fear isn’t just intrinsic to my experience, but rather resonates with students all over the nation. According to a study by Pew Research Center, 57% of students are afraid of a shooting happening at their school, with one-in-four saying they are very worried.

Columbine and Parkland are easily recognizable given the weight these words carry, but since the shooting at Stoneman Douglas High School there has been a school shooting, on average, every 12 days in America, according to CNN.

These statistics are nothing less than terrifying, but after hearing stats like this for the better half of my education, I’ve become desensitized to these numbers and shock is the last thing I feel when I hear about another school shooting. Instead, a feeling of frustration and anger prevails, especially when I listen to politicians on the news giving their thoughts and prayers to the victims’ families. While this may be comforting for many at the time, thoughts and prayers are not going to save me or other students across America from being killed in a school shooting.

The fact that high school administrators are more focused on redesigning buildings to increase the students’ chances of survival in case of a mass shooting instead of focusing on their education is alarming. It’s devastating that the one place where students are supposed to focus on their future is the very place where their future can be taken away from them.

After the Parkland shooting, the youth of America took significant action to push for more restrictive gun laws through movements like March For Our Lives. However, given the different statistics detailing how everyday since Parkland, at least three kids have been shot or how 608 people have died from a mass shooting, it is evident that more work should be done to improve gun laws through reforms at the federal level.

In fact, since the pandemic started, nearly 3.6 million guns were sold in March and April, and the trend in gun sales continued, however, June saw the biggest increase yet, with an estimated 2.3 million guns sold, according to the Center for American Progress.

This goes to show that the pandemic has not put an end to significant amounts of gun violence, instead, it has merely shifted the focus of Americans, however, this does not mean that work to limit gun violence must also be paused.

Now more than ever, it is important to make changes such as requiring universal background checks in all states and increasing the age limit to purchase firearms so that unnecessary deaths can be prevented. New policies reforming ineffective gun laws and commitment from politicians to fight for these bills is necessary to create change.