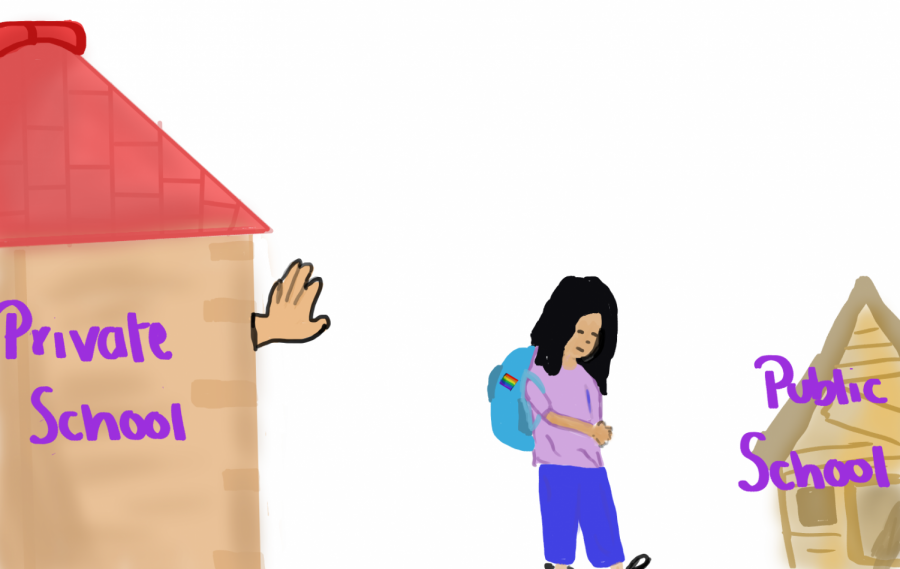 Unlike public schools, private schools can discriminate against students preventing them from receiving the education they deserve.

Private school programs and funding have long been debated in the United States. In June 2020, the Supreme Court’s decision on Espinoza v. Montana Department of Revenue changed the future for students attending public and private schools alike; robbing public schools of much needed funding and curtailing the freedoms of private school students as these schools received funding without being held accountable for their policies.

In 2015, Montana instituted a tax credit scholarship program allowing individuals to get tax credit for donating to private, nonprofit organizations. The Montana Department of Revenue enacted a rule saying individuals who received the scholarships could not use the funding at religious schools due to the state constitution prohibiting the use of public funding for religious affiliated education programs.

In response to this rule, low-income petitioners who wanted their children to be enrolled in Stillwater Christian School, filed a lawsuit claiming the rule violated the Equal Protection Clause and Free Exercise Clause of the Constitution. The Supreme Court was ultimately faced with the question if private schools, both secular and nonsecular should be excluded from school choice funding.

In a 5-4 decision, the court said the rule discriminated against religious schools and was in violation of the Free Exercise Clause which protects against  “laws that impose special disabilities on the basis of religious status.”

The court failed to see the reasons behind the rule enacted by Montana’s Department of Revenue. It is not discriminatory to prevent state funding from going to private schools. In fact, it is vital the government should not have the ability to support any religious institutions, as Church and State should be separated as per the Constitution. The only way to ensure all religions are treated equally by the government is to prohibit laws that allow selective funding.

Additionally, private schools are often exempt from following the state rules for public schools, according to the Washington Post. Schools need to follow governmental standards to get funding, they cannot demand absolute freedom and expect the government to provide funds for their schools.

Students who need funding from the state can choose to attend public schools which teach as per guidelines from the state. If students intend to receive state funds for education, public schools are the only option which will ensure the state’s funding does not go towards any religious causes. If the state is forced to support all religious schools, it is unfair to the taxpayers who might be forced to fund schools for religions they don’t necessarily support.

Schools wanting governmental funding should give all students equal access to education. While it is unconstitutional for private schools to discriminate against students on the basis of race, it is still legal for them to discriminate against those with disabilities or on the basis of sexuality and gender identity, according to the Washington Post. Not all students can get into private schools whereas every student is granted the right to education in a public school. If a school cannot guarantee admission to any student who applies, the government should not provide them with funding.

Ultimately, the court’s decision in Espinoza v. Montana Department of Revenue sets the precedent of including private schools in state funded school programs. It will overturn the Blaine Amendment; amendments in state constitutions that ensure taxes do not benefit religious organizations in 37 states.

Public funding needs to stay in public hands. Espinoza v. Montana was a devastating loss to the already struggling public school system. State funding belongs to every student and if private schools can’t abide by state laws they don’t deserve funding from taxpayer dollars. The court should reconsider their decision; the future of our education system is at stake.