Multicultural week is reformed for a virtual medium 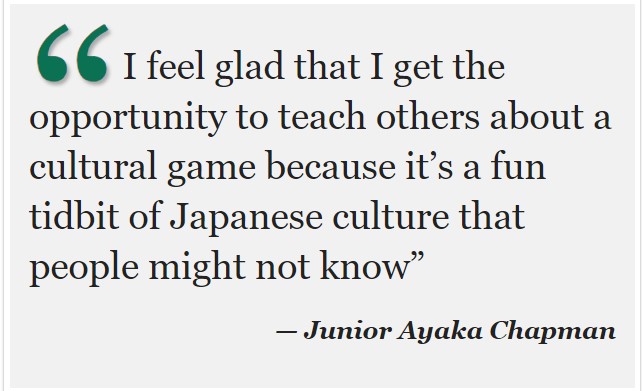 “We can make the most of our cultural day because people will be more likely to see the video,” Banerjee said.

In addition, the video will include many parts from the physical multicultural week like dance performances by Indo-Pak as well as the multicultural fashion show, Banerjee said.

Other activities presented in the video include a Taiwanese storytelling session created by the Taiwanese Student Association, EL commissioner, senior Mario Pan, said.

Pan and Banerjee sent interest forms to students who might be interested in creating a video. Banerjee said the videos provide a new platform for students to share subjects like food, language, community and religious practices within their cultures, as well to break down stereotypes. Videos were limited to five minutes each.

Junior Ayaka Chapman applied to create her own video. Once her topic was approved, she set to work on a video showing how to play a Japanese game called fukuwarai and talking about the history of the game.  This video will be shown with others during Wednesday’s advisory, she said.

The fashion show will also be online. Students, again, submitted recordings of their traditional clothing. Students were given instructions on how to record and properly show off their outfits on video. These videos also include the history and significance of the clothing, Pan said.

The virtual videos have provided non-club members the opportunity to participate in multicultural week, Pan said.

“All these years we [EL commissioners] did not really open up the multicultural festival to [the whole] student body,” Banerjee said. “But this year we thought that we need to have more participation from the staff and from the student body and that’s why we opened it up.”

Chapman said creating the video allowed her to talk about unknown areas of her culture that are important to her and fun to share.

“I feel glad that I get the opportunity to teach others about a cultural game because it’s a fun tidbit of Japanese culture that people might not know,” Chapman said. “I think that a lot of people are interested in Japanese culture and they can easily learn about big things like Japan’s food, culture or dress but there are little things like games that they might not know about.”