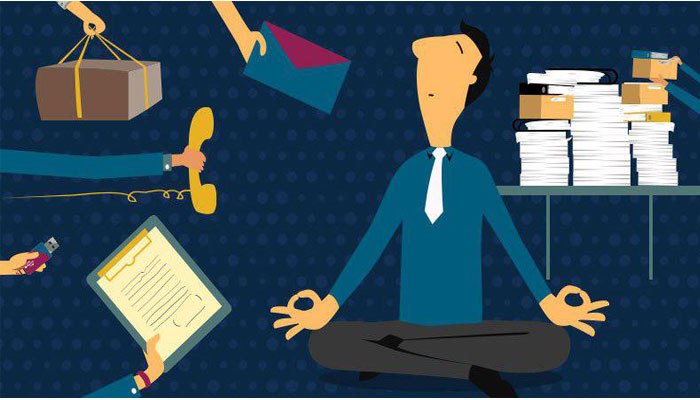 Photo courtesy of Feminism in India

Toxic productivity culture: An unachievable goal that prevents students from being proud of their accomplishments.

Toxic productivity may include staying up until sunrise to complete assignments, regularly using caffeine as a replacement for sleep, never taking days off or overloading your schedule to stand out from the crowd, according to The State Press.

While this ultimately affects all people, students are impacted the most. The growing obsession with toxic productivity encourages students to exhaust themselves as much as possible on the road to “educational success.” Students who over-exhaust themselves often experience health issues as well as strained relationships.

Toxic productivity conditions students to measure their self worth solely based on the number of their achievements and the amount of work they complete.

Having a full, busy schedule can make us believe we are having a good day simply because we’re being productive. Taking breaks to engage in essential life routines like spending time with friends or even just sleeping can become a source of guilt, according to Study Breaks.

Personally, I’ve felt this guilt. I know how draining it can be to have a full schedule, but giving myself a break seems wrong at times. I just think about how much I could be doing, whether that’s working more hours or getting ahead on homework — anything seems better than taking a break.

One of the major inevitable results of toxic productivity is burnout, according to Study Breaks. If students are forced to work constantly instead of allocating time to pursue their hobbies, which allow them the opportunity to destress, they will eventually burn out. In the end, our minds and bodies can only take so much working time.

It’s no wonder so many students are experiencing record-high levels of stress and anxiety. According to the Wall Street Journal, Generation Z was named the most anxious generation in 2019, with 54% reporting feeling overwhelmed at least once between April and May of that year.

Who are we to blame? We’ve been told since the beginning of our education that “grinding” is simply good work ethic. Many students take multiple AP or Honors courses in order to gain admission to college. Then they are told to work nonstop in college in order to obtain a decent career, according to The State Press.

So, how can we break free from this vicious cycle? Begin by establishing attainable objectives for ourselves. Kindly converse with yourself. When you start overworking, hold yourself accountable.

As a society, to denormalize toxic productivity, we must inform others that there’s more to life than working and getting a 4.0 GPA. Additionally, we need to be frank with ourselves: you can only do so much in a single day. Don’t take on more than you can handle.