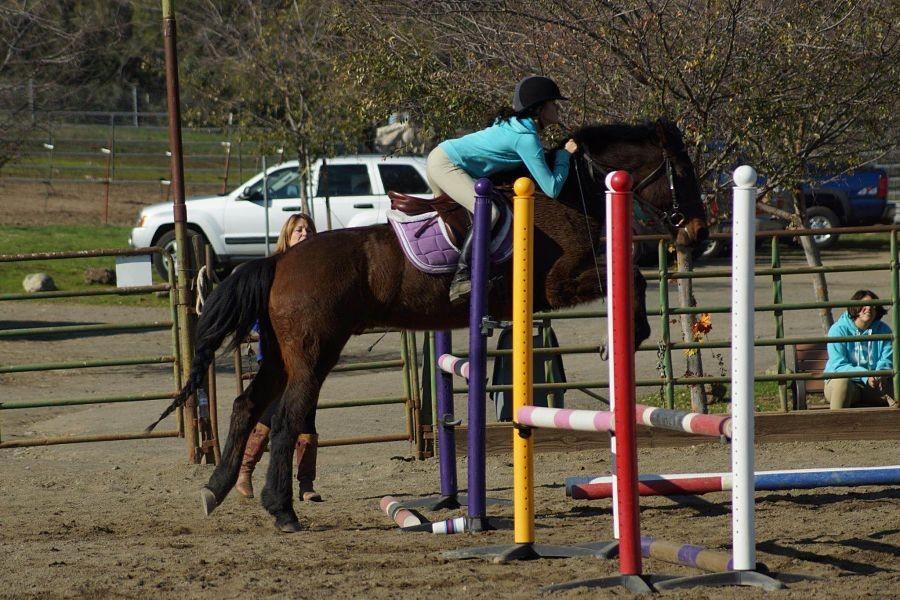 Horseback riding is a unique sport for a student on campus to be involved in, but for both junior Emily Weaver and sophomore Jillian O’Brien, it is considered a fun hobby.

Weaver said she used to ride horses when she was younger, but stopped for a while. She started riding again about a year and a half ago. Her 13-year-old horse is named Jagstar.

“My mom got him about four years ago because she rides too,” Weaver, who rides at a private barn, said.

While riding their horses, Weaver and O’Brien both said they usually wear breeches, which are special riding pants, a long or short-sleeved shirt, riding boots and a helmet.

Weaver said that it takes her about 20 minutes to saddle up her horse and about 15 minutes to clean him. She has also been in three competitions, and has placed in two of them, receiving ribbons for fourth and sixth place.

“I would like to continue riding horses when I’m older, but with college and everything it might kind of difficult, so maybe after that,” Weaver said.

O’Brien has been riding horses since she was in fourth grade, and usually rides at Pagemill Pastors, she said. Since she does not have her own horse, she rides and exercises her friends’ horses.

O’Brien said that she used to compete, but after joining cross country, she does not have as much time. However, she also said that she still tries to ride as much as she can.

While it could take as little as five minutes to saddle up her horse, O’Brien said, she likes to take her time to brush the horse and give it treats.

“[The time you spend cleaning the horse]  really depends on what you are doing to clean the horse,” O’Brien said. “It could take anywhere from five minutes to a few hours.”

O’Brien also said that she has won a few competitions in the individual class.

“[Riding’s] just really fun,” O’Brien said, “and it’s nice because you really build a strong connection with this giant animal and it’s a really amazing thing to do.”