Acting is not the most optimal career choice for influencers 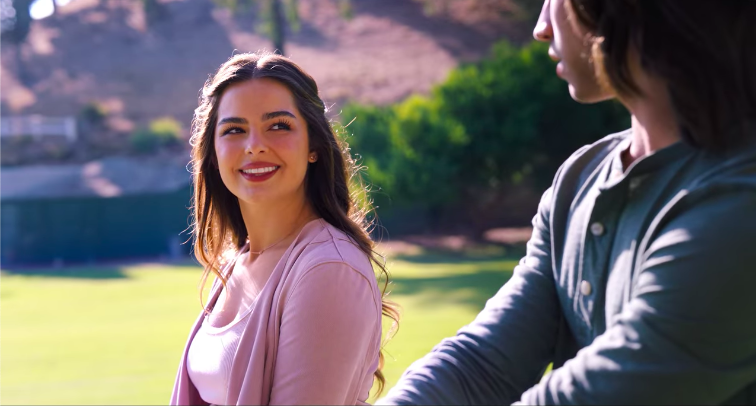 A stereotypical scene between lovers plays out.

When thinking of the name Addison Rae, “actor” is not the first thing that pops into mind. In my mind, her name is associated with “influencer” or “TikToker.” However, when some directors are casting from the vast number of applicants for their movie, they may choose Addison Rae, an influencer, as their top pick as opposed to a seasoned actor. With this sudden surge of influencers in acting, my opinion has promptly solidified: most influencers do not belong in acting. I’ve seen the quality of production and acting most influencer-centered shows contain, and it is severely disappointing.

It may be true that influencers have been gifted with many similar traits actors have, such as a platform, fans and of course, influence. However, clout does not equate to talent. An actor requires skills that have been meticulously refined and polished, skills that not all influencers possess right off the bat.

The transition from influencer to actor is not something unattainable, and fame can be a valuable asset. For example, Millie Bobby Brown is an actress who was originally an influencer, and the Netflix movie “Enola Holmes” was praised for Enola’s good acting. Originally, I wanted to be open minded about this topic because some influencers deserve the chance to prove their talent. However, this sentiment quickly disappeared when I saw the acting skills stereotypical influencers on Netflix possessed. Good looks and mediocre acting skills can not compensate for captivating emotions or unique dialogue, and viewers quickly lose interest.

Quite often, casting directors choose influencers to star in their show for mere face value. They understand that an influencer’s advertisement will get their fanbase to flock over the movie or TV show, increasing their sales. However, more often than not, the immediate attention boost is where the benefits stop. Bad acting can be detrimental to the overall production and performance of the show. As seen in the 2.6 star rating in the recent show “He’s All That” starring Addison Rae. These reviews are not wrong, the acting was subpar at best, and the production was extremely predictable. Rae’s acting was one-dimensional and she lacked the subtle expressions or nuances that actors should possess. The story line was one that we have seen many times before, and what could have been a nostalgic classic is now a substandard cliche.

With fame comes a wide range of job opportunities, including acting. But acting is not always the most ideal choice because it robs the sparse amount of available casting roles that rising actors can choose from. A rising actor or actress has little resources or wealth, so securing an acting career can be quite difficult. An influencer meanwhile, has plenty of resources and wealth, and they can choose to pursue other career paths that do not interfere with the goals of someone more desperate.

While there are always a few influencers who are truly talented actors, more often than not, the boundaries between actors and influencers do not overlap.

The craft of an actor is an intricate blend of creativity and flair. Meanwhile, the craft of an influencer may include some talent, but it is majorly credited to good luck and good looks. Influencers can act and actors can influence, but the two are not automatically synonymous.

Ultimately it is the influencer’s life and they can choose to pursue whichever career they chose, but we have a responsibility as consumers to decide where we direct our money and attention. Being open minded towards the potential that influencers hold is still important, but we should offer equal bias towards those with fame and those who have rightfully earned their place in the entertainment industry.