Seventeen shares “power of love” through their album, ‘Attacca’ 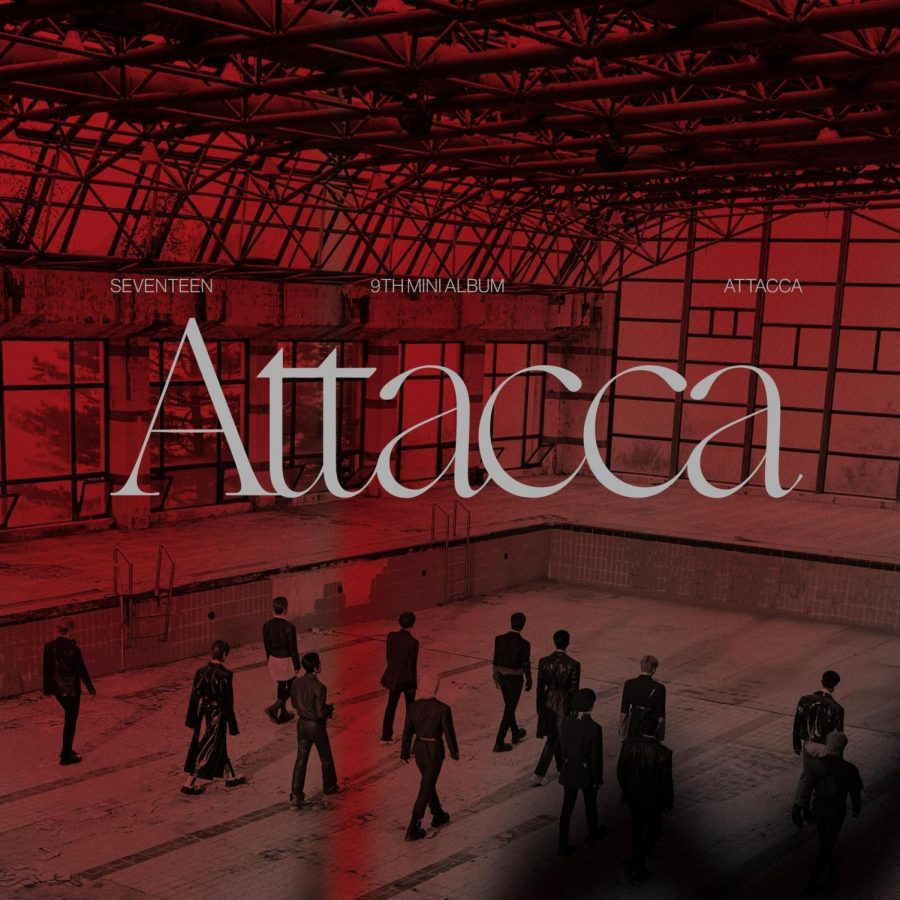 “Attacca” allows the audience to feel loved and share love to their loved ones when listening to the tracks.

With their 2021 project, “Power of Love,” the 13 member self-producing K-pop boy group Seventeen released their ninth mini-album, “Attacca,” on Oct. 22. As a big fan of Seventeen, I have been counting down this day since they announced their comeback. “Attacca” is a term used in music at the end of a movement to begin the next without pause, so through the album title, Seventeen insinuates they hope to deliver the message of unstoppable, passionate love.

The album starts off with the track “To You,” which delivers the message of being there for someone they love in their everyday lives. This song tries to express the message of “Power of Love” in a more comprehensive way. Rather than referring to a specific subject, the song portrays gratitude and all the forms of love that can be found in our lives. As a synth-pop, this song delivers the message through dynamic beats and calm melody, which reminds me of their previous songs such as “All My Love.” “To You” speaks to me on a more personal level because it reminds me of the people I care about and the lengths they go to to make me smile on a hard day. The vocals in this song stand out to me a lot as well because the harmonies are well stacked together.
The album also includes a rock-based title track, “Rock with you.” The song expresses people’s determination to do everything and anything for those they love and their passionate and sincere feelings that cannot be controlled or stopped. The song’s catchy and fast beats make it stand out to me the most. The music video itself was a completely different, out-of-world experience. It showed the members coming together at the end to perform in front of the crowd, showing their love towards their fans, Carats. Like all of their other songs, the choreography to this song is no different: it’s intense. The melody and the vocals of the members make listening to it an experience I will never forget.

Another track that stood out to me on the album was “Crush.” This R&B based song brings out a catchy chorus and a snappy beat. Despite this, I prefer the other songs in this album. The lyrics in “Crush” were not as introspective as I would have liked them to be.

The other three tracks are for Seventeen’s three units: the performance team, vocal team and hip-hop team. Each of the units tried a new style on this album.

The performance unit released a song titled “PANG!” Unlike previous releases, where the songs were EDM based, this track is more playful showing the cute playful personality of the members. The song compares the growing feeling of love to a balloon and it eventually pops, expressing the emotion of being overwhelmed by the person they love. S I am excited to look at the performance they will showcase in their future concerts compared to the excitement of the song itself.

The vocal unit once again impressed me with their amazing vocals and harmonies through their song “Imperfect Love.” I love the lyrics for the song and can relate to their message of loving deeply despite being an imperfect person.

The hip-hop unit released a ballad track called “I Can’t Run Away,” which was very different from their usual rap tracks and showed their aptitude for singing. I am obsessed with this song and its message about looking back at memories with a loved one. I can relate to this song because I always reminisce about friends I had before moving to Silicon Valley and feel nostalgic for the time I spent with them.

The last track of the album is an English track called “2 MINUS 1.” This song begins the start of Seventeen’s journey to the western industry. It does not have the usual color of Seventeen’s tracks, which comes from beautiful Korean lyrics and bright beats, but amore of a western style pop song. I do not like the idea of them releasing English tracks because although I love their intention of advancing the group internationally, I do not like how the language of their music changed since this changes the identity of the group.

Overall, the album signified the message of love in different ways. The lyrics spoke to me because they made me think of the people I love and our feelings towards each other. On top of their lyrics, the melody of the tracks is very captivating and their instrumentals added to delivering the message of love.

Overall, the album did not disappoint; it surpassed any and all of my high expectations. I highly recommend giving the album a listen, especially for those unfamiliar with Seventeen.