We need a break from the pressure 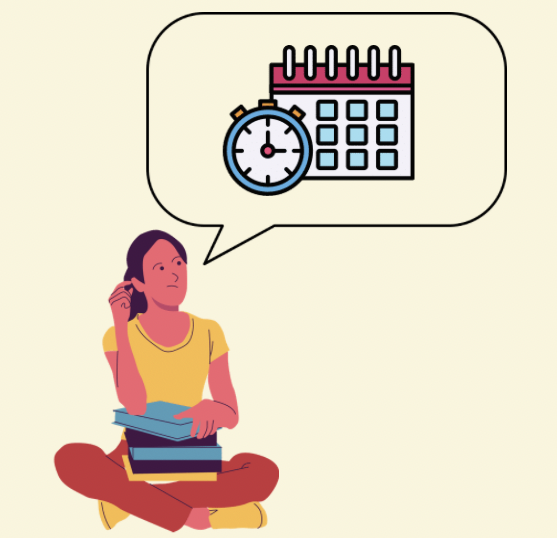 Appreciation through downtime: Students will be more appreciative of the learning opportunities given at school when given downtime throughout the year.

It’s almost August. After a long and relaxing two month break, you have to suddenly adjust to the draining routine of going to school everyday and managing the crazy workload of academics and extracurriculars. Tossing and turning in bed, you remember the amount of sleepless nights you will face throughout the school year, solely from all the stress and pressure of school. Ultimately, having more breaks throughout the school year rather than a singular two month summer break will benefit students at HHS tremendously.

Year round schools allow students to have downtime, enabling them to be more motivated throughout the schooling period. Having long breaks results in the phenomenon of summer slide, where students unlearn knowledge as a result of too much time off from school, according to The Edvocate. The solution to this is an easy fix; having the same amount of time off but spread throughout the school year in two and a half week “downtime” periods instead of a longer summer break. This system will allow students to come to school with more of a growth mindset. According to Healthline, as a result of year round schooling, students will come to school more eager to learn and absorb the new topics taught.

In addition, in today’s society, there is so much pressure put on students to be successful in the future. Many students participate in several rigorous courses and extracurriculars all at once, which often results in many skimping on sleep, a habit I can attest to. Research has found 73% of high school students in the U.S. consistently do not get the needed amount of sleep which is a direct result of barriers such as homework, stress and anxiety, according to Healthline. This unhealthy pattern causes students to feel drowsy during the school day and not retain as much knowledge. The downtime students get during breaks throughout the year will significantly benefit their mental health and ability to perform.

Several places around the world have shown successful results of this type of schooling system, one example being Australia. Having breaks year round helps break up the year into structured segments and provides an ample amount of time for rejuvenation, Australian school teacher Penny Ryder reported. If the widely known schooling system of a two month long summer break is stressful for students, one can only imagine how hectic it must be for administrators who not only have to plan out lessons, but also make them engaging, grade assignments before each grading period and run their own households after a long day’s work.

Some may argue that students won’t see the value in designated breaks throughout the year as they will spend this time working on assignments or academic extracurriculars. Even so, two weeks is long enough that even if one worked for an entire week, they would have the second week to relax and recharge. In addition, the long term mental and emotional stability provided by this system far outweighs the cramming of work at 2 a.m. that a lot of students do, Edutopia reported. If one manages their time well during these breaks, they can do their work in the daytime and still get a good eight to nine hours of sleep at night.

Now, let us try this again. It is almost August and after a few weeks off to recharge, you are well rested and prepared to have another successful school year, knowing that the hard work you put in during each schooling period will be rewarded with a substantial amount of downtime.

Dispersing breaks throughout the school year will greatly improve the learning of students across our district. FUHSD should incorporate frequent breaks rather than a longer summer break as this will greatly benefit the quality of life for high schoolers living in such a competitive environment.