Pursuing the desire to be an artist 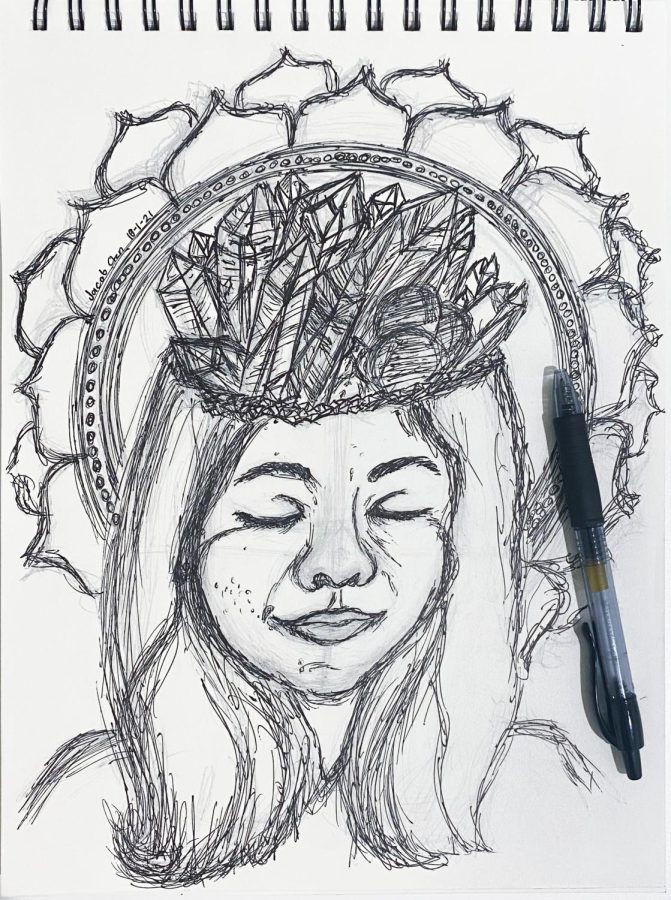 THE BIG DECISION: Students who want to pursue art have been told they need to make a different career choice.

Many high schoolers struggle to find a passion they want to carry into their career, but even students who know what they want to do deal with the other end of a double-edged sword. They still need to consider external factors and the consequences of their career choices.

Sophomore Jacob Chen said he loves to do art in his spare time and wishes to be an artist in the future, considering jobs such as concept designer and digital artist. However, he said a past teacher of his had a different perception of being an artist.

“A teacher once told me I have two choices,” Chen said. “Either get lucky enough to sell my paintings or live off the streets making street art.”

Chen is not the only student that said they feel limited by social pressure to be an artist. Sophomore Aayan Muzumder said he would love to become a cartoonist, but his mom advised him to pick another career.

“She told me that I would make zero money,” Muzumder said, “Working all day to make a bit above minimum wage would not work out well for me, so I’m thinking that art is not the right thing to do now.”

On the other hand, Muzumder said if he can find a way to sustain himself, it would be a fun job to have.

“A job that you enjoy doing will be better for your mental health for the majority of your days compared to just working for money where you [only] get to enjoy the couple hours after work,” Muzumder said.

Sophomore Abigail Song said she faced similar and dismaying judgments from other students when she mentioned she wants to be an artist as a profession.

“It can be discouraging sometimes,” Song said. “I feel like people are shocked that I want to get into this field. I started doubting if it’s really right for me or if it’s a wise decision, despite wanting to do it.”

Despite their criticisms, Song said her friends were slightly more encouraging and respectful of her choice than the adults in her life. She said the weight of her parent’s expectations makes her question if this is really what she wants to do.

“My parents want me to live in Silicon Valley and be a doctor or a lawyer or something,” Song said. “They have a lot of hope in me, and if I pursue something that’s not in STEM, that would be discouraging to them.” Though she acknowledges their worries and the reason why people react the way they do, Song said she tries to ignore the disheartening comments because she wants to pursue something she finds joy in.

“I don’t want to work in a cubicle in my life,” Song said. “That’s just not for me. [Art] is a way for me to turn my stress into something beautiful and worthwhile. It is something I would genuinely enjoy doing for the rest of my life, and that’s more valuable to me than what other people think.”