Religious holidays should not be recognized as public holidays

Acknowledging Christmas as a public holiday disregards the religious diversity within the U.S. 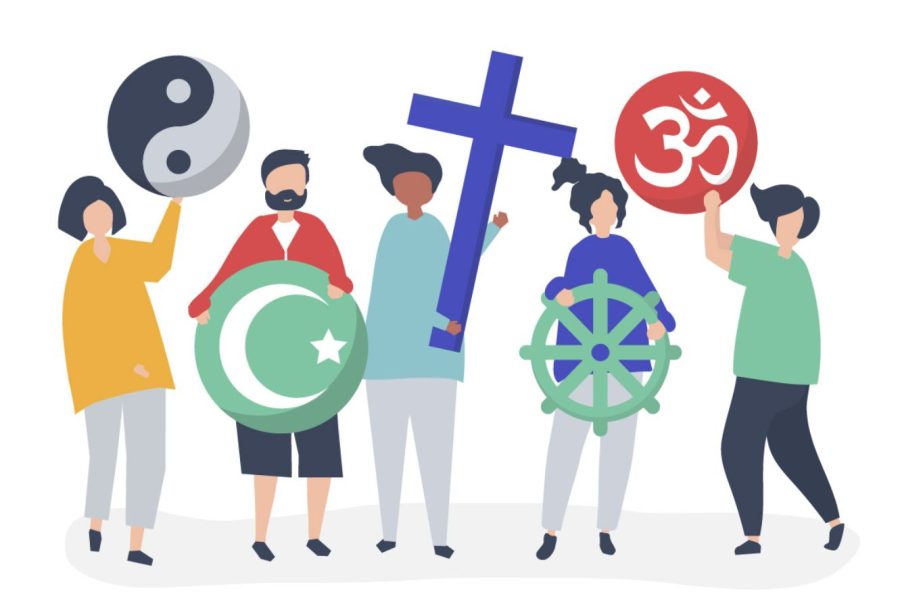 DIVERSITY IN RELIGION: All religions in the U.S. deserve equal recognition.

The U.S. is a melting pot of different religions and cultures, each with their own major holidays. Of course, the federal government cannot be expected to acknowledge all important holidays of all religions in the U.S. as public holidays – that would be impractical. However, by recognizing Christmas as a public holiday, the U.S. government is showing a preference to some religions over others. The government’s disregard for other religions and their holidays, in contrast to their validation of Christianity and its holidays, is offensive.

For example, approximately two billion Muslims celebrate Eid-al-Fitr every year, according to the BBC. One of the most important holidays in Islam, Eid-al-Fitr is the equivalent of Christmas for Muslims. Yet, it does not receive the same treatment as Christmas from the U.S. government, as there are no public holidays for its observance. This negligence by the government towards an Islamic holiday is disrespectful to the Muslim community and implies that Islamic traditions and customs are less important than those of Christianity.

This can be especially harmful to young Muslims, who are growing up in a country in which they are a religious minority. They may adopt the mindset that they are inferior because of their religion which can have a substantial negative impact on their sense of self-worth and pride.

The festival of Diwali is another major non-Christian holiday which the government disregards. More than one billion people across the world celebrate Diwali, a religious holiday observed by Hindus, Sikhs and Buddhists, according to The Washington Post.

Diwali is mainly about spending time with family, according to Hinduism Today. However, oftentimes, observers of the holiday must take time off of work or miss school in order to celebrate it. This is especially impactful towards students. While adults are able to take a day off of work with few repercussions, students may miss important academic events or lessons if they miss school. This may result in a student feeling stressed in a time which should be about celebration.

While supposedly, the U.S. has a separation of church and state – the concept that religious organizations and the government must not intertwine – the recognition of Christmas as a public holiday says otherwise. Recognizing the Christian holiday of Christmas as a public holiday yet ignoring major holidays of other religions is both disrespectful to non-Christians and ignorant of the religious and cultural diversity within the U.S.

The federal government cannot pick and choose which holidays from which religions to instate as public holidays. In order to be completely unbiased and respectful towards the religious diversity within the U.S., the government must have no public holidays with religious affiliations.