A guide to music classes 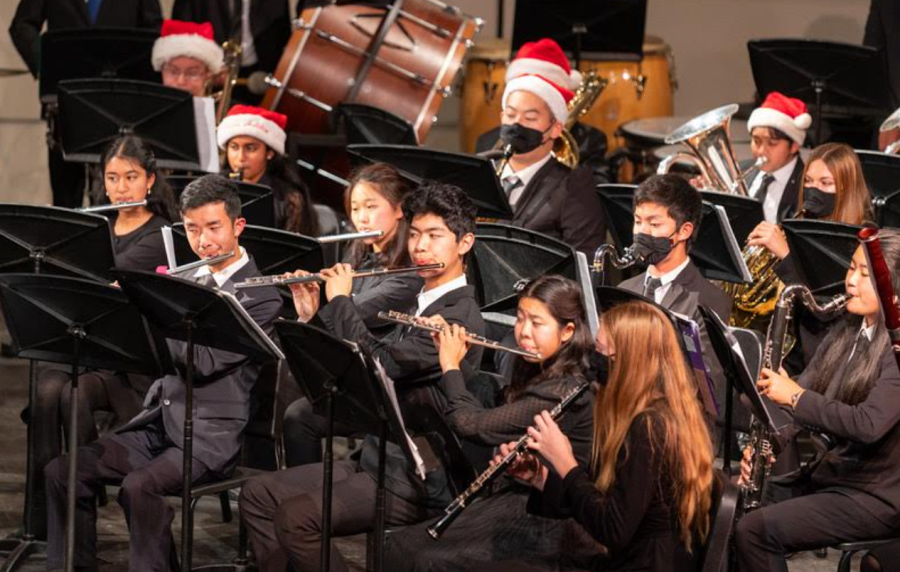 All freshmen musicians begin their high school music journey in Concert Band, freshman Stephen Heller said. For Heller, he said the class is an unfamiliar atmosphere, with the size of it  marking a huge difference from previous ones.

“Everyone in the class came from a middle school band class, and are used to multiple periods [being dedicated] for one class,” Heller said. “But for us, there’s only one period, so everyone is in the same class.”

Additionally, varying levels of abilities and dedication are directly a result of the large class size, Heller said.

“There are some people in the class who practice a lot and are always trying to get better at their instrument,” Heller said. “There are also people who aren’t as invested in the class and don’t work as hard.”

Above all, Heller attributes the class to his smooth transition into high school, since it has helped him meet others with similar interests and form new relationships.

“Whether we’re in class or just playing for fun, I’ve met a lot of new people,” Heller said. “Concert Band has definitely helped me make new friends and get closer to them.”

Between performances and festivals, Wind Ensemble 1 has allowed her to expand her knowledge regarding music, Park said.

“[In Wind Ensemble 1], I’ve played different types of music from different cultures,” Park said. “It is really fun, and helps me get better at my instrument.”

Wind Ensemble 1 is separated from the other music classes by an audition process which makes it more exclusive and challenging than the rest, Park said. At the same time, aside from helping her improve as a musician, Wind Ensemble 1 has provided Park with a community.

“The music community has given me a place where I can meet new people and challenge myself in a safe place,” Park said, “[Wind Ensemble 1] has helped me grow as a person, and lets me give back to this community while having fun.”

For senior Alessia Rella, Jazz Ensemble allows her to truly appreciate music. Rella, who is a newcomer to the course, said that the class has opened her eyes to a less competitive aspect of playing.

“When we play at concerts, we’re really just playing for the music,” Rella said. “Jazz Ensemble is different from Wind Ensemble because we are not just preparing for competitions, we are also getting engrossed in the music.”

While Jazz Ensemble isn’t as intense, they still perform for audiences such as ones in the (year) Santa Cruz Jazz Festival, Rella said.

Despite having only been in the class for a year, Rella said it has helped her become a more confident performer and has created unbreakable friendships with her classmates.

“After joining Jazz Ensemble, I’m a little more confident than I was before I went into it, especially because of the solos we play,” Rella said. “I also just love the people in the class and the bonds I’ve created.”

While most music classes at HHS are closely tied to the Marching Band, Orchestra’s unique characteristics lie with the music they play, sophomore Audrey Curtis said.

“In classes like Wind Ensemble, the pieces they play are more contemporary,” Curtis said. “But in Orchestra, we play older, more classical music.”

For Curtis, Orchestra has reignited her passion for performing and allowed her to return to her musical roots.

“[Prior to Orchestra], I hadn’t been in a group performance since recitals in elementary school,” Curtis said. “It had been quite a while since I’d heard the sound of a room filled with a bunch of different instruments playing, so it was fun just to hear that again.”