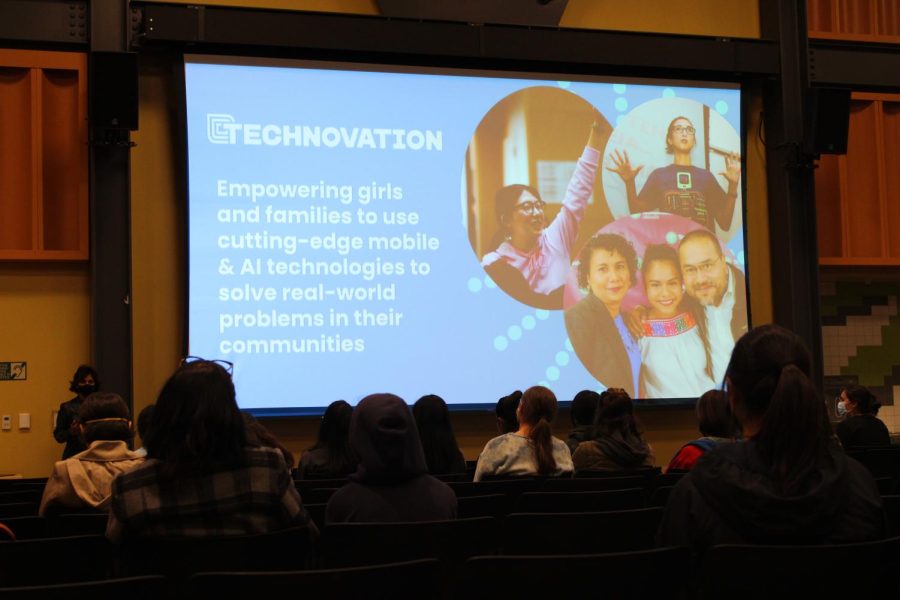 MOTIVATING MINORITY STUDENTS: More events such as the STEMtrum: Gender Diversity in STEM event should be held in order to support minority students pursuing STEM.

As the field of STEM begins to dominate the country, more attention is being placed on the demographics in this field, specifically the diversity within the Bay Area. Currently,  the STEM workforce is 89% white and 72% male, according to the National Science Foundation. As someone who knows many minority students wanting to pursue STEM, I can say confidently that this is an unacceptable standard which should not be tolerated in today’s progressive society, as it can be greatly detrimental to the confidence and self-esteem of minority students. In order to diversify this lucrative field, it is imperative that schools, including HHS, foster a supportive and encouraging environment for minority students looking to pursue STEM careers.

It is essential that the STEM workplace be diversified, and not just because of social equity. A more diverse team is more likely to outperform a homogeneous team, according to a study by Harvard Business Review, in which the actions and successes of homogeneous and diverse teams were observed and compared. Thus, diversity in the field of STEM is not only needed to achieve equality in our society, but is vital to innovation and the advancement of science and technology.

For students of historically marginalized communities, a feeling of belonging plays an important role in academic success and later pursuit of STEM, according to ScienceDirect. Simply put, when a minority student feels they do not belong in a STEM class at school, they are discouraged from continuing STEM education. This demoralization can contribute to an overall negative school environment for minority students, and promote the idea that they are incapable of achieving high academic success. As a minority student myself, this notion is harmful to my confidence in academia as it instills in me that the school does not believe in my capability.

One such way HHS can support minority students looking to pursue STEM is through holding events that promote and educate students on diversity in this domain. In January, many STEM clubs across campus participated in STEMtrum: Gender Diveristy in STEM event, which was centered about woman and non-binary people in these fields. More events, like so, which focus on other forms of diversity such as racial diversity, will display to students of minorities that the school recognizes and supports them in their pursuit of this traditionally lucrative field. These opportunities will raise awareness regarding the benefits of diversity in STEM and motivate minorities to pursue their passions.

Additionally, STEM classes at HHS should focus on a more diverse variety of experts in their fields. By teaching students about mathematicians, engineers and scientists who are of minority groups, students from those communities will feel seen and empowered to pursue the field.

In essence, STEM is still a field primarily dominated by white men, but schools have the power to alleviate this issue. HHS and other schools across the U.S. should focus their efforts on cultivating encouraging and supportive environments for minority students and their explorations of STEM in order to shape a more diverse future for this extensive and influential field.