Because Christmas isn’t Christmas without a couple of printed ornaments 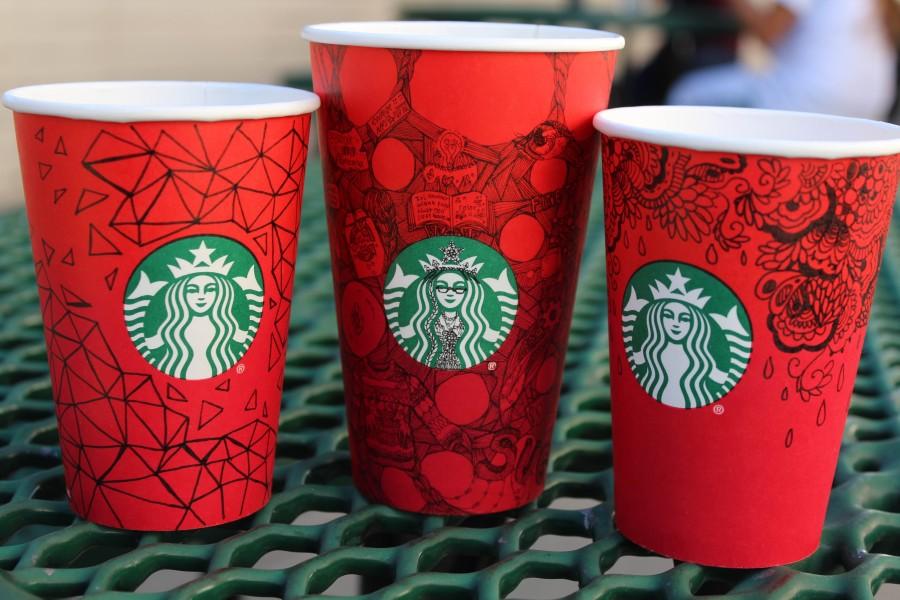 When Starbucks released their holiday drinks on Nov. 3, the last thing anyone cared about was the content on their cups. However, social media platforms began blowing up with talk of how offensive it was that the “holiday” cups lacked Christmas references. Starbucks, instead, chose to hand out their drinks in cups that were ombre red, thus starting the “red cup controversy.”

This controversy was ignited by self-described “evangelist, Internet and social media personality” Joshua Feuerstein. Feuerstein began the debate with a rant about the cup design on Facebook and his blog.

Feuerstein’s video has since gone viral and garnered over one million likes, widespread media coverage and even attention from Republican presidential candidate Donald Trump.

Of all the things in the world, some Americans are actually upset that their $4.25 coffee is being served to them in a plain red cup – one that gets thrown away within the half hour it’s bought. As if the instant, the ground, the whole bean, the espresso roast whole bean, the K-Cup packs and the Verismo pod Christmas blends aren’t enough Christmas spirit for them. Not to mention Starbucks’ ornaments and stocking stuffers – yes, stockings, as in Christmas stockings.

Apparently, those aren’t enough for Trump, who suggested, at his Illinois rally on Nov. 10 that “maybe we should boycott Starbucks.” They also weren’t good enough for Feuerstein, who not only encouraged a boycott, but went a step further to “challenge all great Americans and Christians to go into a Starbucks [today, and] tell them your name is ‘Merry Christmas.’”

Responses on social media have varied from incredulous to supportive of Feuerstein’s view – some going so far as to claim the red cup as a ‘war on Christmas.’

According to Starbucks Newsroom, Jeffrey Fields, Starbucks’ vice president of design and content explained that the simple ombre red design was created to make the season more inclusive. The red cup also served to invite customers to make their own stories on the “blank canvas.”

Although the hype over the controversy has seemingly passed, the pitiful fact of the matter remains – Americans are so caught up in trivial matters like a red cup, that there simply isn’t enough attention for more pressing issues.

There is no winner in this controversy except for Starbucks: they’ve received practically free advertising from the 9.2 million news stories, according to CNBC. And while there are many other problems that don’t have winners – Paris, Beirut, Mali, racism, for example – this so-called problem is just not one of them.

So in the spirit of gratefulness, enjoy the fact that we have the time and security to freely drink coffee and complain about it. As for the cup, either throw it away or follow the steps of your fellow Mustangs, who’ve embraced the ‘blank canvas.’