Team makes some changes in aims of more successful season 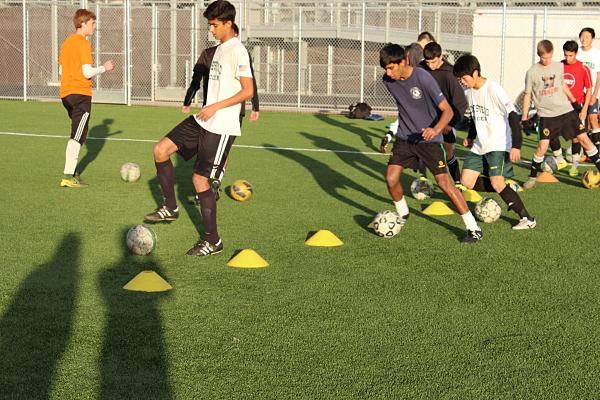 As the new soccer season approaches, the varsity boys soccer team has assembled and is working hard in preparation for a successful season.

With tryouts ending just one month ago, the team hopes to get to know their new teammates as well as unique strategies developed by the coach for this specific group of players. With a new team and game plans developed for these players, the team hopes to test themselves and see how well they can do this season.

“Since this is my first year on the school team, I’m really excited to see how the team compares with club soccer,” junior Ian Chinn said. “ It’s definitely fun to play on the same team with all your classmates.”

As for the junior varsity team, a majority of the players also play club soccer, and are joining the school team during this winter season as the club soccer season ends.

“The [varsity] team is far more competitive than the junior varsity team,” junior Eren Karaaslan said. “More is expected of each player in terms of skill and energy. I’m hopeful that we can advance really far together this season, since the team is really well-balanced.”

With just one game out of the way, a 1-0 victory against Los Gatos, the team is excited for the season ahead, Karaaslan said.