Fallout 4: The biggest hype of the year 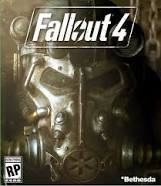 Fallout 4 is an open world, action role-playing game by Bethesda Game Studios, which takes places in an alternate timeline where the tension between countries during the cold war resulted to a series of nuclear bombs to go off in the United States, creating a wasteland of destruction where players roam around to survive, collect items, and recolonize what is left of the U.S.

The “Fallout” series has an alternate history where weapon advancement continued but people in the U.S. stayed in the culture of the 1950’s into the 21st century and beyond. In the game, society was destroyed from the nuclear war following World War II and what was left was the land covered in radiation.

Through this wasteland sandbox that is Fallout, this role-playing first person shooter is hard to put down. The game’s world is huge in explorement and offers many sidequests to the main story.

The huge number of sidequests is the real attraction to Fallout 4 and can overshadow the main story with its dark humor and surprises. Sidequests are such big part because looting has been upped where almost everything can be collected as an item.

All weapons are upgradeable and can be adjusted to the player’s play style this game has to offer. Since almost everything in the game are made from components, nothing is worthless. Pencils, for example, are valuable for their lead, which shields from radiation.

As for the gun gameplay, the game feels comfortable in combat and offers a special mechanic which allows the player auto aim certain areas and slows down time. Melee is a bit simplistic though.

Every decision you make in the game has a significant impact on how you play. The concept of skill points and perk system in the game plays a big role and defines the role playing game concept in Fallout 4

However Fallout 4’s performance on consoles is somewhat disappointing because of the slow processor of the video frames  and scripting bugs, causing some quest to fail and crashing the game.

The world, exploration, crafting, atmosphere and story of Fallout 4 are key parts in what makes this sandbox role-playing game a huge success and creates a great adventure for players with high replayable value.