How extracurricular activities affect the grades and lives of students 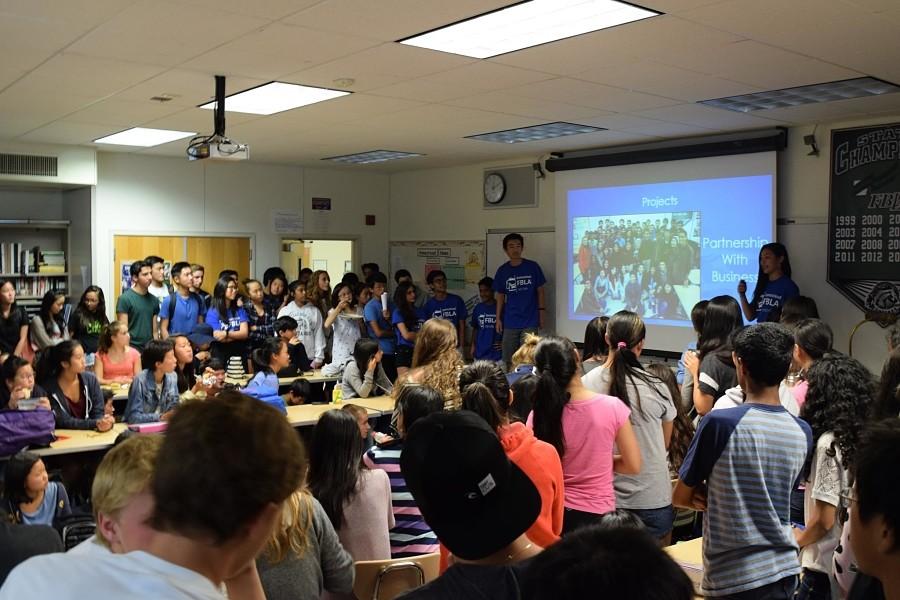 One of the most exciting days on campus is Club & Grub, when every club sells food to all students. Nearly the whole school takes part in it, and it’s one of the most obvious signs of on-campus clubs which many students are a part of.

Clubs are a way for students to join activities that they’re interested in and passionate about. The flip side, however, is that being very involved in clubs often equates to less sleep or a harder time in school.

Although club meetings usually only take up a lunch or so per club per week, they are usually just the tip of the iceberg. Some clubs have competitions and out of school get-togethers that take even more of a club member’s time. Despite this, being a member of club is usually just a fun activity that doesn’t take up too much time.

“Clubs for me are actually a fun way to relax and have fun, as I do a lot of extracurricular activities already,” freshman Trina Chou said. “I think that clubs are less of a time commitment, and more of an effort commitment.”

For club officers, however, club involvement becomes a regular and fairly large part of their schedule. On top of everything else, officers will have officer meetings to discuss what the club is doing in upcoming weeks, and will also have to prepare for those upcoming events and meetings in their own time.

“Since becoming an officer for FBLA sophomore year, it’s definitely become a huge priority in my life, which means that sleep and academics are sometimes compromised,” senior FBLA president Naomi Jung said. “I know that there have been many times where I’ve been getting ready for FBLA conferences, working out logistics, and preparing to lead officer meetings that I’ve gotten only one or two hours of sleep.

Ultimately though, Jung said that being an officer of FBLA was extremely rewarding and worth all the stress that the position entailed.

Extracurriculars aren’t just limited to clubs. They also come in the forms of jobs and sports. Many students, usually juniors or seniors, have a job, which is another time-consuming activity for students.

Oftentimes, students won’t know their shifts far in advance, so their job can dictate their schedule for everything else, which in turn can hurt the amount of time students have for sleeping or for doing schoolwork.

Sports are another major extracurricular activity at school. With practice almost everyday after school and for multiple hours each day, they are yet another activity that takes away academic time for students.

“It can sometimes be difficult to balance sports, homework and sleep,” freshman Yuki Ishii, who plays on the junior varsity soccer team, said.

Despite the commitment they often require, extracurricular activities have many upsides. They provide an environment for students to take part in something they enjoy, and are something to put on college applications.

“Clubs are a huge part of my life, and I couldn’t imagine what my high school experience would be like without them,” Jung said. “They have allowed me to develop a lot of personal qualities, and I definitely don’t regret my time participating in clubs.”