Gabbin’: Another gut-punch to Planned Parenthood

Congress is favoring the coathangers on this one 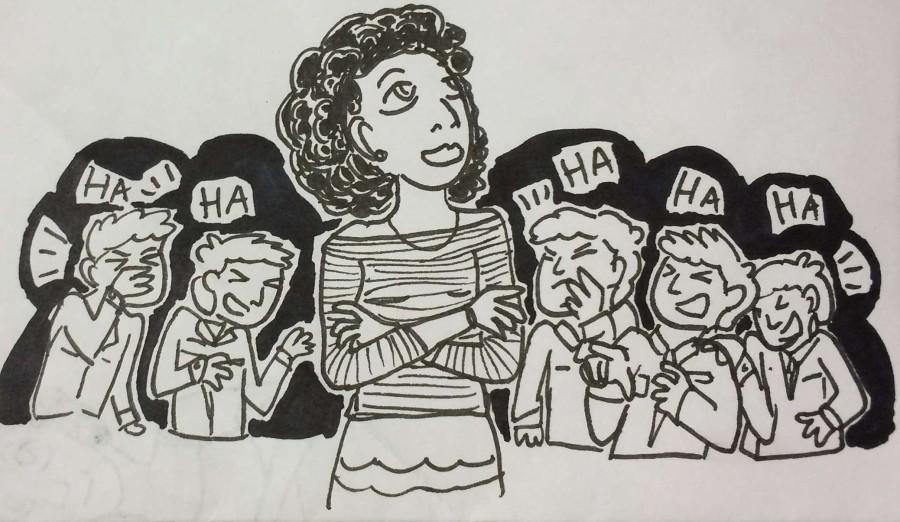 As I am an officer of Women’s Empowerment Ambassadors, you’d expect that I’m pretty well-informed on feminist issues. Wrong. I’m not always up-to-date with the “who, what, where, why and when” of female politics. But this week, I felt I was finally on track, and it wasn’t for a good reason.

To my horror, Congress met on Jan 6. to discuss the defunding of Planned Parenthood.

$450 million of funding from the government will be cut off from providing help to the public. Services such as abortion, vaccines, birth control, physicals, sexually transmitted disease testing, emergency contraception and family planning resources will no longer be available, according to Planned Parenthood’s website.

The services these institutions provide are not only for women: men will also lose access to get tested for cancers, urinary tract testing and all other general health care services.

Secondly, since there are Planned Parenthood locations in San Jose and Mountain View, defunding would be seriously devastating to the sexual healthcare of South Bay teens.

Personally, I haven’t stepped foot in Planned Parenthood because I have never had a reason to. But it is a safety net, ready to catch and provide necessary services that are unfortunately surrounded by stigma.

It also is a financial solution for those who do not have the luxury of affordable health care. For these people, it is a fine line between getting treatment and being sick.

Having old, white men decide what I will and will not have access to, health-wise, is atrocious. Sure, the people of America have elected Congress members to represent all views, values and politically standings

But when one side of an argument is favored in government, I would not call that equal representation of all opinions.

Republicans have a long-standing history against Planned Parenthood, according to Republican View’s website. It’s a common knowledge that conservatives are against abortion due to the strict religious values, including believing that life begins at conception.

To Republican candidates this year, it seems abortion outweighs any of the other services offered by Planned Parenthood. It’s like me being a vegetarian, trying to shut down a Safeway for the sole reason that they sell meat amongst their other products.

But President Barack Obama is on our side. We can calm down momentarily. Obama has his hand on the veto stamp, prepared to turn down anything regarding the defunding of Planned Parenthood, according to The New York Times’s website.

But I wouldn’t necessarily wish our lovely Republicans a “hasta luego, baby” just yet. With a Republican candidate such as Cruz, Huckabee and Trump in office, the veto might not come as easily. More resistance to funding will lead to either services getting too expensive to use or the nonprofit will go out of business.

In order for this issue to get the right attention, voters need to go out and turn in a ballot. Voting on a candidate that protects essential rights ensures that young adults will be able to appreciate the importance of safe spaces for sexual health.

Our growing awareness of sexual health helps achieve a higher standard than what our parents had and betters the chances for our children. When people call for the defunding of Planned Parenthood, they are really calling for the poor, the disadvantaged and perhaps everyone to no longer have that chance.