‘The Abominable Bride’ gives fans a darker taste of the upcoming season. 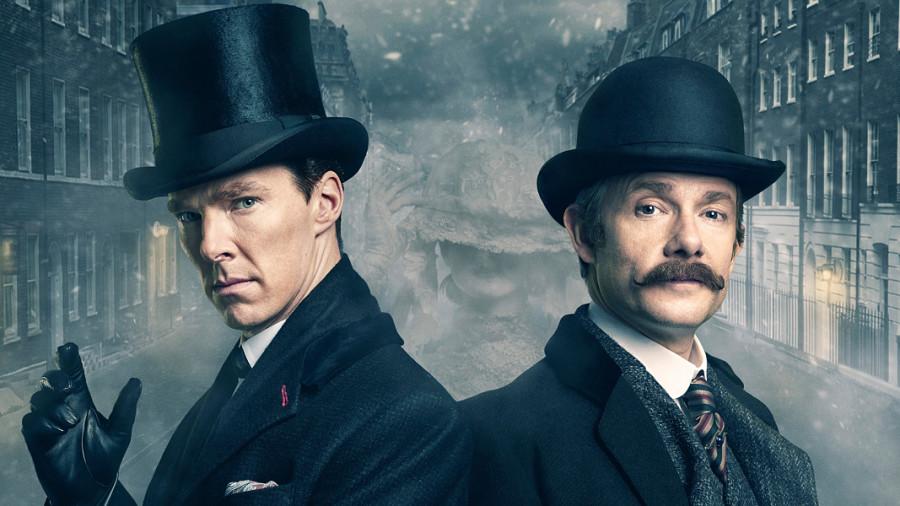 Expecting to find the typical Sherlock mystery and sass displaced into the Victorian Era, I found the Sherlock holiday TV special served much more as an intense but callous tease to the upcoming season. The much anticipated special, Sherlock’s “The Abominable Bride,” aired Jan. 1 on PBS, twice more in theaters in the same week and then again on PBS Jan. 10. It was also available online until Jan. 24, giving fans plenty of time to take in its splendor.

Beginning with a flashback review of the major events and characters in the series, the special opened in the Victorian Era, with John Watson (Martin Freeman) returning to London and running into his old friend who, once again, introduces Watson to the cadaver-whipping Sherlock Holmes (Benedict Cumberbatch).

Flash-forward to a period of time later: Watson’s Sherlock narratives are famous and his infamous moustache from Season Three reappears. Old characters are quickly reintroduced into the Victorian Era and a seemingly impossible case of an un-dead murderess bride is thrust upon them. Thus, the stage is set.

Despite the allure of the mystery, the episode quickly becomes topsy-turvy as elements like women’s suffrage, domestic abuse and drug abuse are sporadically and haphazardly thrown into the mystery. Seemingly well-intentioned, the episode comes off as mockery of feminism with KKK-esque women taking revenge on abusive men, and treats an overdose of drugs as a source of humor and mystery.

While it was much darker than typical Sherlock episodes, the usual Watson-Holmes bickering, Sherlock’s sarcastic quips and Mary Watson outperforming both men maintained the light-hearted feel typical of the series. Even with the insensitivities, the constant slew of plot twists, the appearance of Moriarty and of course the Abominable Bride were enough to still keep me on the edge throughout the episode. As an avid fan of the series, I found the episode enjoyable due to the brilliance of the show. Hopefully, the upcoming season will make up for the shortcomings of this special.