The Bar-On Brief: Why do we keep tuning in?

This channel gets it wrong 61 percent of the time, but we keep watching 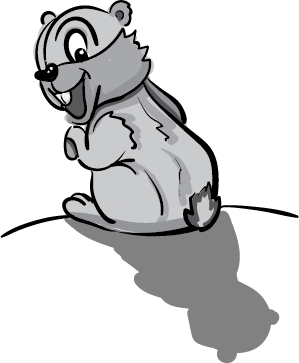 Riddle me this: why do we keep tuning into a weather channel that has a 39 percent prediction accuracy since the 1800s? No I’m not talking about your local TV station — that wasn’t around in the 1800s. I’m talking about yesterday’s Groundhog Day.

The tradition began in Pennsylvania when German immigrants introduced their custom of observing badgers to predict the weather for the next six weeks of winter. Badger, squirrel, groundhog… most people can’t tell the difference.

Well, Alaska begs to differ. Alaska, since 2009, is the only state that rejects Groundhog Day and instead honors the marmot, a large, squirrel-like rodent. (Yes, these are the issues the Alaskan Senate deals with).

Anyway, the folklore holds that the groundhog, or marmot if you insist, can predict whether spring will come early.

If the groundhog sees its shadow upon emerging from its hibernation, it will get scared and return to hibernation, which supposedly indicates winter will stay for another six weeks. If

the groundhog doesn’t see its shadow, it will end its hibernation and indicate an end to the cold in the weeks to come.

Groundhog Day is likely a secular holiday that evolved from the Christian holiday of Candlemas — the first time Jesus Christ was presented at a temple. It always falls 40 days after Christmas, just like Groundhog Day.

Historical English, Scottish and German writings all relate Candlemas Day to the duration of winter.

There are several modern celebrity groundhogs, the most famous foreigner being Wiarton Willie from Ontario. Although Willie himself passed away at the turn of the 21st century, his ancestors continue predicting the weather there.

Pennsylvania is home to the most famous groundhog in the world — Punxsutawney Phil. Phil is allegedly the same groundhog who made predictions to the German immigrants of the 1800s.

So when you hear about what “the” groundhog predicted, you’re most likely referring to Phil.

This year, Phil did not see his shadow and predicted an early spring. So El Niño may very well have passed. The Bay Area did, however, see a high increase in rain from last year, over 100 percent. According to the National Climate Prediction Center, California’s drought still remains but has improved this winter.

The real question is are we done for this winter? Phil says we are.

Even though Phil is only accurate 39 percent of the time, he still deserves some credit. I wouldn’t give Phil a hard time. How many meteorologists get a city named after them and attract thousands of visitors annually?

Regardless of the accuracy, regardless of your religion, belief or sense of humor, you should understand why we “celebrate” Groundhog Day.

Don’t blame Phil for the drought. If Phil collected tourists’ money, he’d definitely be making it rain every day.