Why The Forest isn’t worth your time 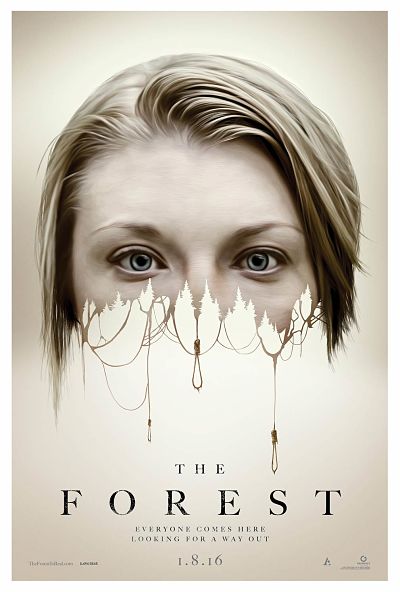 Horror movies can force you into two different situations — one being so scared you wish you could cover your face for the entirety of the movie, and the other being disappointed at the fact you spent $12 on a movie ticket. “The Forest” gives the latter feeling.

“The Forest,” starring Natalie Dormer, was released on Jan. 8th. The movie follows a young American named Sara Price into the heart of the Aokigahara Forest in order to investigate the disappearance of her twin sister Jess, also played by Dormer. Throughout the span of the film, Sara must endure the tormented souls of the dead all while navigating through the dark and mysterious landscape.

The Aokigahara Forest is located in Japan, at the base of Mt. Fuji. Its quietness inspires legends of demons and ghosts haunting its foliage. Because so few dare enter, the forest is a common location for those looking to end their lives, hence the nickname  “Suicide Forest.”

Death in the Aokigahara Forest began as a traditional Japanese custom — “ubasute” — in the distant past, in which the elderly were left to die in forests, mountains and caves.

“The Forest” begins with Sara travelling to Tokyo after hearing Jess has gone missing. After discovering Jess was last seen walking into Aokigahara, Sara is determined to find her. Despite being told not to enter the forest, Sara embarks on her quest with Aiden (Taylor Kinney), an Australian travel journalist and guide Michi (Yukiyoshi Ozawa).

Director Jason Zada defies typical horror movie tactics for the start of the film. He uses ambience and a dark setting to punctuate his scares, without the need for loud music or sound effects.

This made the movie seem refreshing in a way, but unfortunately this fails to last. By the halfway point, cheap and overused horror movie tactics are present. These include moments of silence followed by jumpscares and startling shrieking of demons rushing at the camera. Certain horror movies are able to use jump scares at just the right moments to shock audiences. The Forest uses so many jump scares they become predictable and boring.

The journey of the film takes us to a disappointing, partial-twist ending. Although horror movies are famous for unnerving and disturbing endings, The Forest ends on more of a confusing note. Zada uses the blurred line between reality and Sara’s imagination to cover up the lackluster ending.

The acting in The Forest is mostly discouraging. Dormer faces the challenge of a dual role and meets expectations, but the performance of other actors is questionable. One such actor is Kinney, who makes no effort to talk in an Australian accent despite being an Australian journalist.

After taking a deeper look into The Forest, on another level the movie appears to explore the idea of internal sadness. The entities lurking within Aokigahara supposedly feed off their victim’s personal pain. It seems as if the movie takes Sara’s pain from a traumatic accident in the past and has the forest weaponize it against her. It’s an interesting concept, however The Forest fails to use it to its full potential.

It is also interesting to note the controversy surrounding The Forest. Aokigahara is a real life forest in Japan, where hundreds choose to end their lives on an annual basis. The idea of a western movie using the Aokigahara as a foundation for the movie makes some people uncomfortable, as if the The Forest is somewhat making a joke of those who passed.

Although the Aokigahara Forest makes an interesting premise for a movie, “The Forest” fails to deliver. Ultimately, the lack of creative scares, upsetting acting, and weak attempts at infusing the idea of self-harm into the plot make The Forest not worth your time to watch.