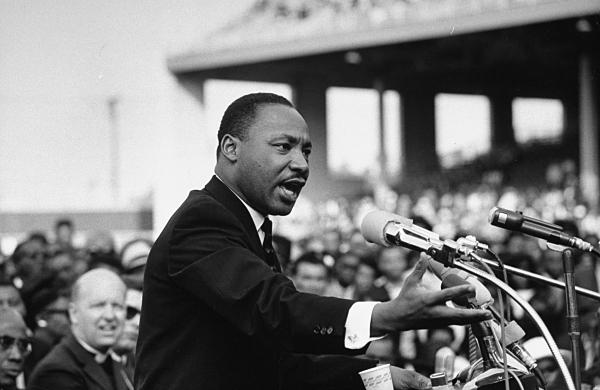 Martin Luther King, Jr. Day was observed last Monday, and I stayed at home to work on homework. Some of my friends went to the theater. Another just watched Netflix all day long. Sound familiar?

That’s what most teens do on the day. I didn’t attend any talks, volunteer or even watch a documentary to acknowledge the holiday, the leader that inspired it nor the ideals he stood for. The most I did was read a couple articles and share some MLK quotes on Facebook.

The next day at school, only one student raised their hand when asked if they had done anything on Monday — they watched a documentary. One out of 32 students in that US government class had done something. When asked how many had actually heard the entirety of MLK’s famous ‘I have a dream’ speech, only four raised their hands.

This historical illiteracy is frightening. MLK’s message of tolerance and equal rights is still very much alive in current society, as shown by the Black Lives Matter movement and the remarks President Obama made in his State of the Union address three weeks ago.

But the lack of awareness isn’t limited to just Dr. King or racism. When Fisher v. University of Texas (a Supreme Court case on affirmative action) was reargued, when same-sex marriage was legalized, when the San Bernardino shooting influenced a subsequent rise in Islamophobia, when the Baltimore Protests and much more happened, there weren’t any class or school discussions.

Therefore, the more important question is why don’t we discuss current social issues at school, especially when they make national news.

You’d expect to learn about such issues in depth in government or history classes, but they’re just another unit that is breezed through. Our literature classes have been made the designated space to discuss social issues like racism or sexism — which they are, but not nearly enough for all of us to comprehend them in current contexts or recognize them in the news.

So, where do we get our information from? Club discussions? Barely any, let alone the majority of students attend regularly enough. Our friends or social media? Maybe, for a biased or even questionable retelling of news or a slight discussion on it. So, not any actual reliable source besides those desperately gathered for the occasional research project.

Consequently, we’re left with a large majority of teens who have little to no sense of social issues, historically and presently, nor current events. We are often told it is the “younger generation’s time,” for us to now shoulder the responsibility of solving all the world’s issues or at least make major changes. However, unless we have a thorough understanding of said social problems or a habit of checking and analyzing the messages presented in various mediums, there can be none of that.

New Trier High School of Chicago, Illinois held an MLK Seminar Day featuring workshops on voting rights, race relations, racial identity, incarceration and systemic racism among other topics. Regardless of the mandatory attendance, the school chose to host various workshops and speakers to recognize and teach students about social problems rather than be a regular school day.

Students would probably never agree to this extreme of having mandatory school on a federal holiday, let alone the staff. Additionally, social justice classes would be difficult to introduce. However, even just a small discussion or acknowledgement of current social events in class or the announcements would be a good start to bringing about more awareness.

There is no one entity to blame for the lack of action; parents are busy and may or may not value news-checking, teachers have a curriculum and in some cases an AP test to prepare students for, and even with all the social media, we can’t be expected to research in our spare time. However, school should play a part in making us more conscious of these very real issues in society, and perhaps even more active.