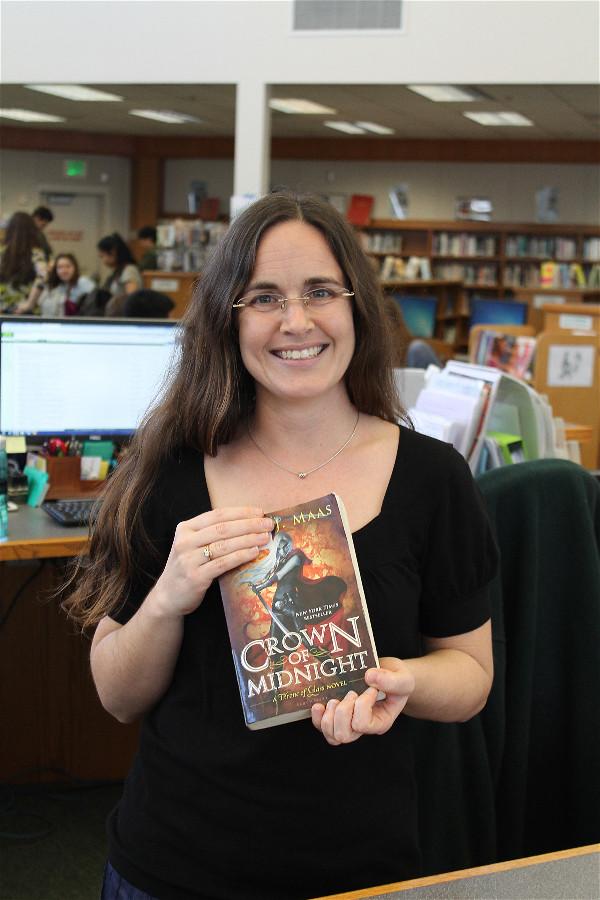 Young adult literature has seen some interesting trends in 2015: the blossoming of the “teen cancer romance” genre first sparked by “The Fault in Our Stars” in 2014, the rejuvenation of space-themed science fiction from “The Martian” and the seventh “Star Wars” film as well as a new following of fantasy series with strong female leads, including “Queen of Shadows” and “Winter.”

“Most students read a lot of fantasy,” librarian Amity Bateman said, “and there’s been a trend towards epic fantasy.”

Bateman said she noticed that over the past few years, students have been reading much more for pleasure rather than for information.

“I think book usage has gone very much towards solely pleasure reading,” bateman said. “If we went back ten years we would see a lot more circulation of books that are used for research papers and people are checking out because they have a project on something.” Media has also influenced book borrowing. Bateman said books that inspired films or television were much more popular than they used to be.

“Popular here are books that TV shows and movies have been based on,” Bateman said, “like ‘The Martian’ and ‘The Hunger Games’ and ‘The 5th Wave’ and things where media is tied in.”

The most borrowed books from the library confirm her interpretation. Of the top 25, 19 are also films or television series. However, it is high fantasy that trumps the list. At the top is Sarah J. Maas’s fourth novel of her epic “Throne of Glass” series, with two others in the series in positions five and ten. The list also included other novels as well as manga, Japanese graphic novels. The highest “classic” book was Fahrenheit 451, at number 17, which Bateman said was likely borrowed before class when students left their copies at home.

Sophomore Phoebe Yohanes is an avid reader and, according to Bateman, Yohanes has checked Maas’s books out enough to be the reason it is so high on the list.

Yohanes said she first discovered Sarah J. Maas, the novel’s author, from a reading competition at her middle school.

“[Queen of Shadows is] all so detailed,” Yohanes said. “There are so many things going on in that, that if you miss one book, then… you just miss all the detail.”

Book Nook, a library-focused club, gained notoriety since its founding last year. Club president Nitin Vidyasagar said part of the reason he took the focus on the public service aspect of books and literature was because he noticed the change in library use. Vidyasagar sa
id he and co-founder Gabriella Morozowski wanted to improve student involvement.

“We just felt that it would be a good way to integrate the student into a community to be with their friends and help at the library,” Vidyasagar said.

Throughout the past year, Book Nook has helped connect people to the library, including an extra credit opportunity in collaboration with the English department last semester. They plan to launch a book drive in the upcoming months with Book Club, National Honor Society and California Scholarship Federation to help students at Meadows Elementary School, beginning in March. The school has been suffering from budget cuts and cannot afford basic necessities, such as textbooks and school supplies, for its students.

As far as this coming year is concerned for the lib

“I do expect the trend in epic fantasy to continue. There’s been a little uptick in… people’s secret identities, you know, they’re at a girls school — but it’s really a school for spies,” Bateman said.