Mustangs end on a bleak note after strong season 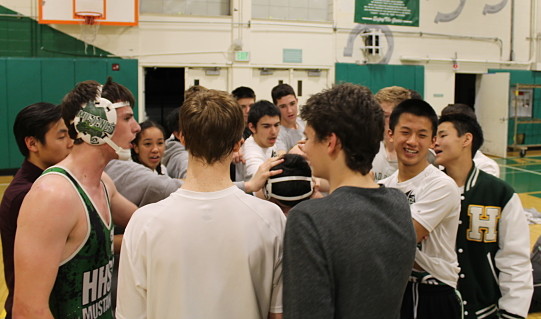 The wrestling team had a strong end to SCVAL championships on the weekend of Feb. 12 and 13 when seven Mustangs qualified for CCS, the largest number in recent years.

“Last time we sent six was 2012, so seven was a lot for our school,” wrestling coach Manny Regidor said.

“We were seeded very low as a team and as a league – the SCVAL league,” Regidor said, “so our number one guys were seeded about fifth when they should’ve been first.”

Each Mustang lost his match within the first round, bringing the competition season to its official close.

“A big issue this year was mentality, and so that was the big thing that they definitely improved on,” Regidor said. “They knew the technique, they knew how to drill, they knew what to do in a wrestling match, but some matches their head wasn’t quite in it as much as the other ones.”

Regidor said “half of wrestling is a mental game” and that a wrestler’s ability to be mentally strong is as important as their physical strength.

“Halfway through the season, I started working on their mental toughness,” Regidor said, “building up their confidence so when they go into a match they already go in confident enough that they already know they’re gonna win.”

This has been the school’s largest team in past 10 years, ending the season with a total of 24 wrestlers. Many of the wrestlers can be expected to return next year except McQueen, who is a senior.

“Next year would be a good time for the team to move up into the upper division because a lot of the [other] teams will be weaker,” Regidor said. “We should definitely send more people to CCS for next year because only one of them was a senior [this year] so I predict either seven to nine wrestler to make it to CCS next year.”