The Bar-On Brief: Studying for finals while watching the semifinals

We must resist the sporting urge during the intensity of schoolwork 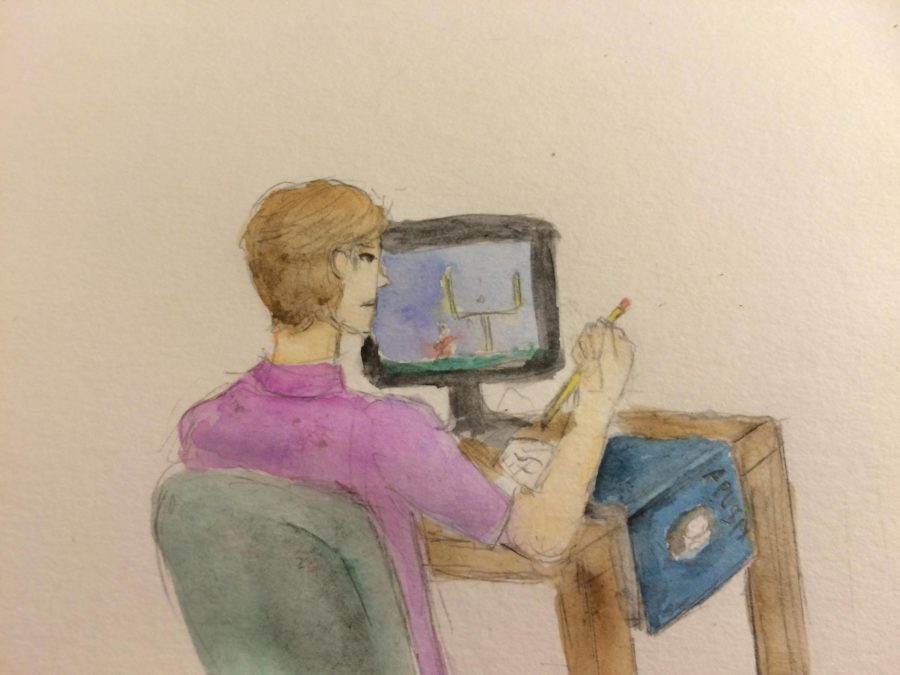 “Records are meant to be broken.”

If LeBron James said it, then it must be true.

Stephen Curry and the Golden State Warriors have already broken a number of records this season:

Curry beat his own 3-point record by dropping 13 from downtown in one game. He smashed his own record for the number of 3-pointers per season. He held that record last season and the season before that.

The Warriors made history by being the only team in NBA history never to lose back-to-back regular season games and, as of last Sunday’s game, have tied the best regular season record in history.

Tonight’s game against the Grizzlies gives them the opportunity to make history by breaking the Chicago Bulls’ 1995-1996 record of 72 wins.

While all that is very impressive, the real test is yet to come in the playoffs.

Speaking of tests, we high schoolers have a ton coming up, and unfortunately for us, some of them coincide with the Warriors’ playoff games.

The NBA Playoffs first round begins on April 16 and has the potential to last until May 1. That’s right, AP testing month.

Not to disappoint you more, but games one, two and three of the semifinals last until May 8. That eats into studying time for biology, government, music theory, Spanish and French nerds alike.

I almost forgot to mention that the Kentucky Derby is right in the heart of AP testing. Sorry to all you horse racing fanatics.

But don’t worry. The last AP Test is administered on May 13, allowing you to reward yourself with a potential semifinals game six after a long month of testing for college credit.

It gets better for soccer fans such as myself. I am pleased to hear the FA Cup Finals and UEFA Champions League Finals are played on May 21 and 28, respectively, both in the clear of study time.

There is one more final I have failed to mention.

I mean final exams. Yeah, the ones that start in the end of May and end on the last day of school on June 2.

But luckily for us, they don’t seem to interfere with local sporting events – yes, the Giants are playing, but the bandwagon doesn’t start paying attention until October.

Overall, I wouldn’t be too alarmed about games interfering with schoolwork. It looks like we can still watch the major sporting events of the year free of testing and stress.

We can treat ourselves to game one of the NBA Finals the night the class of 2016 graduates, watch the Stanley Cup Final in June, cheer on the best in Europe in the Euros, entertain ourselves by watching a ball being hit over a net again and again in Wimbledon and even watch the highlights of the PGA Golf Tour (because who really watches the whole thing?).

All of these games lead up to the biggest sporting event this summer – no, not the World Rowing Championships – the 2016 Summer Olympics.

Due to the number of spectating opportunities available after the last day of school, I’m not concerned about hosting any viewing parties this year.

As for the games during the peak of schoolwork, I’ll have to do the impossible and pass on them.

As Kevin Garnett said, “We have to do the impossible, but it is possible.”

If Kevin Garnett said it, then it must be true.