The Bar-On Brief: Learning is applying

While legality is in question, Common Core standards are a step in the right direction 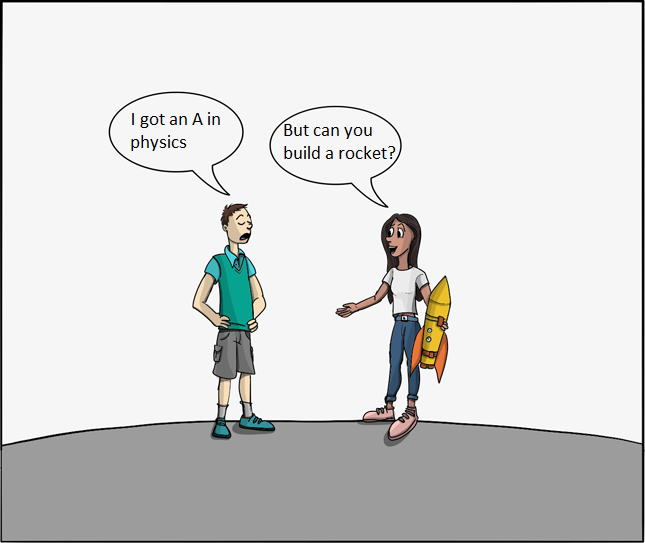 Education is the most important aspect of any democracy. So how is it that the United States, as the world’s democratic leader, does not mention the words “education,” “teacher” or even “school” in the Constitution, the framework for the government?

Schooling is not a nationally guaranteed, unalienable right. The Constitution leaves education up to the states.

This makes sense. It’s dangerous to instill a national curriculum, prone to indoctrinate students from a young age. It’s exactly what happened in Nazi Germany.

Yet 85 percent of the Common Core standards launched in 2009 were composed by the federal government, leaving only 15 percent of the curriculum for state legislators to customize.

By no means do I suggest the new standards are even remotely similar to indoctrination, but it has been argued that Common Core, due to its nationally dictated structure, is unconstitutional.

Of course, the federal government has no right to force schools to adopt a certain curriculum, and it has not done so. What it has done, however, is cleverly beaten the system.

The Obama Administration has threatened to cut funds for states that do not adopt the new standards.

Therefore, states that are opposed to adopting the new standards would still be allowed to function but would lose federal funding, which makes up about 10 percent of their overall budget.

I’m no expert on the Constitution, and I am not interested in the legality or illegality of Common Core.

I am more interested in the ideas behind the curriculum change and my positive experience with the new standards.

The STAR tests, which relied heavily on concept knowledge, were replaced with the application-based California Assessment of Student Performance and Progress (CAASPP).

The new curriculum has reshaped programs statewide in all grade levels. The Smarter Balance tests are taken in elementary school, middle school and junior year of high school.

After going through a week of the CAASPP tests, I can attest to their efficiency. These new tests are computer adaptive tests (CAT), meaning  new problems are generated with appropriate difficulty based on whether or not a student answers the previous question correctly. The test is designed to produce questions that students have a 50 percent chance of answering correctly, allowing them to be consistently challenged.

These smarter tests allow students to finish the tests sooner if they demonstrate their ability to pass after just a few questions all while providing additional adaptive questions to students who found the early segments of the test difficult.

New testing aside, the Common Core curriculum is more valuable to students as it is based on analytical thinking and application rather than memorization.

While there are no studies showing Common Core standards produce more capable students, the changes in AP tests, science classes and other traditional education formats — which now force understanding rather than mere memorization — can’t be harmful.

Common Core assessment methods can more accurately provide feedback to schools on how well their students apply the knowledge they are taught.

I am of course aware that Common Core is not perfect: no test that evaluates overall academic ability and teacher effectiveness will ever be.

Intelligence is not entirely quantifiable, and teaching proficiency is impossible to assess without observing the classroom. If teachers were only required to teach material, then we’d all be given a textbook and be asked to read in silence.

But we learn so much more in high school, well beyond what’s confined in a textbook.

As of now, no test out there can measure what I’ve learned in high school. But the ideas and foundation of Common Core and the philosophy of learning by applying is the key to making one that can come remotely close.