The Bar-On Brief: Gerda — a Holocaust story of hope 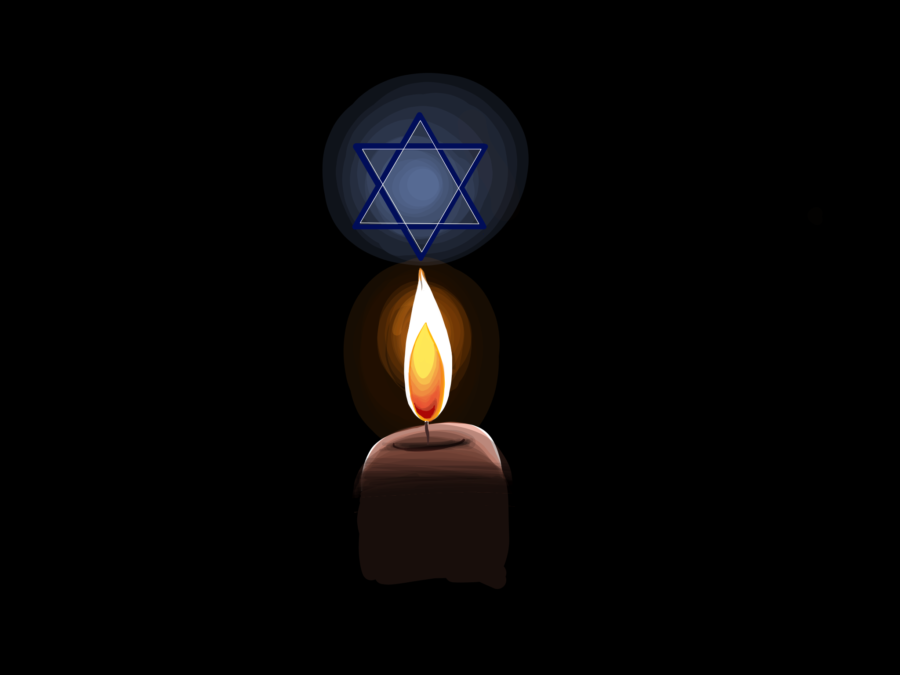 Happy Star Wars Day. May the fourth be with us indeed.

I want to dedicate this column to real people who survived a real war and displayed an immense amount of force and strength to overcome it: Holocaust survivors.

Tonight is the eve of Holocaust Memorial Day, a day where words cannot do justice to reconcile the horrors of mankind.

The Jewish people were the main targets of Nazi Germany, and therefore this day is especially important for those of my religion.

Tonight, I will be speaking at the Holocaust Memorial Ceremony at Congregation Beth Am.

But rather than speaking of the murders and atrocities against the Jewish people, I will be speaking about hope. I will tell the story of Gerda, a survivor whom I interviewed. She asked me not to publish her last name for privacy reasons.

Here is a shortened version of her story:

Gerda was born in 1925 in Vienna, Austria and was 12 years old during the Anschluss in 1938, when Nazi Germany invaded Austria.

Almost immediately after the Nazi invasion, Gerda’s family faced severe anti-Semitism. Gerda was planning on graduating from the music school of her dreams, the Gymnasium.

However, in the middle of her third year at the Gymnasium, she was forced to leave the school and attend an all-Jewish school.

The Nazis pressured all Jews to leave the country, and since Gerda’s mother had three brothers in the United States, she began filing paperwork for the family to leave as refugees. The family was denied entrance to the United States five times.

In 1938, Gerda’s brother contracted diphtheria. Gerda’s father needed to get permission from the Gestapo for a Jewish doctor to treat him in the segregated Jewish hospital in Vienna, but the 11-year-old boy passed away in the hospital shortly after permission was granted. He was buried in the Jewish cemetery.

Eventually, by the end of 1939, the family had received the proper paperwork to move to the United States, but Gerda’s mother refused to leave the country without one last stop at the cemetery to visit her boy.

Despite protests from Gerda’s father, the family went to the cemetery where Gerda’s mother, who was in poor health, suffered from a stroke. After remaining in a coma for three days, she passed away and was buried in the same cemetery as her son.

In April of 1940, Gerda and her father left for New York. They arrived there with only $5.

Gerda had been tutored in English from a young age, but her father barely spoke the language.

At 16, Gerda left school in order to work in a millinery store in Manhattan for $10 a week. After a year she found a job as a diamond cutter, thanks to the job vacancies left by the men who went to war.

During this time, Gerda met her husband through a mutual friend. They were married before the war ended. Also an Austrian Jew, Gerda’s husband worked as a salesman.

He found a job in the San Mateo area in 1954, and the two of them have lived in the Bay Area since then.

Gerda has two daughters, one in Mountain View and another in Auburn. She is a proud grandmother and great-grandmother.

Gerda urges the next generation to continue teaching about the Holocaust in schools and communities.

Speaking to Gerda has given me insight on the horrors our people faced just because of our faith. It made me realize how strong the survivors, like Gerda, and the Jewish people are for overcoming such atrocities.

Gerda’s story is proof that genocide exists. It is evidence of the exponential escalation that racism and anti-Semitism can bring about.

Although Gerda’s story does not contain any anecdotes about death camps or ghettos because she was lucky enough to flee Europe before the “Final Solution,” her story is just as significant and just as powerful as any other survivor’s.

People like Gerda have kept the Jewish community alive and thriving in the United States and throughout the world.

Today we remember the murdered and cherish the living.

We remember and we will never forget.