A survivor in 2016’s war against creativity

In the midst of unoriginal big-budget remakes, the horror film genre finally receives an overdue makeover 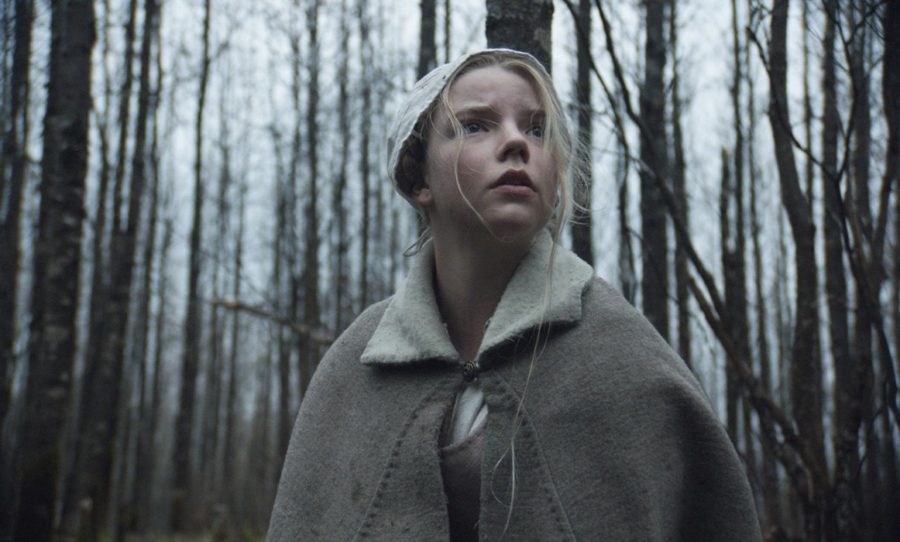 Before I start talking about horror movies, I just want to establish, hopefully in agreement with you, that 2016 has been a pretty disappointing year for movies. Highly anticipated travesties like “Jason Bourne,” “Suicide Squad,” “X-Men: Apocalypse” and “Batman v. Superman: Dawn of Justice” truly reflect the oversaturated and underdeveloped state of today’s film industry.

Personally, I think that the rise of high-budget blockbusters with FX-dominated action films and Hollywood’s peculiar fixation with reboots like Ghostbusters, have contributed largely to the downfall of creativity and originality in Hollywood.

Movies like “Spotlight,” “Steve Jobs” or “The Artist” are no longer appreciated by the public with Marvel and DC Comics consuming box office revenue like Google Chrome consuming RAM. Instead, these inventful films receive a couple weeks of fame at the Academy Awards and then become overshadowed by Captain America.

However, one genre of movies has avoided 2016’s purge against inventiveness on the big screen: horror.

Now, I know many of you avoid horror movies altogether, but why? Is it because you’re disturbed by the eeriness and raw storytelling of the film? Or are you simply fearful in anticipating the next jump scare involving a scary face and loud bang?

If the latter is true, you’re not alone. Horror is a genre of film that has been stagnant for years due to the story-negligent, jumpscare-obsessed attitude of modern movies. An excellent example of a movie that incorporates this attitude is “Ouija”.

I’ve seen “Ouija,” and I must say, to describe it in my own words would be to break The Epitaph’s standard regarding language and obscenity. In other words, the film has no plot elements to back up whatever jumpscare is planned out involving stock suspense sound effects, and the viewers are left with a foundering and almost laughable crash-and-burn.

Now, I’d like to provide an example of a good horror film that a) actually has a screenplay with developed characters and intriguing implications, b) takes on a historical context to be more reasonable and entertaining, c) doesn’t need or have jump scares to creep out the audience and d) scares the bejesus out of me.

That movie is “The Witch”, a well-told, well-filmed and well-acted film based on the events of the Salem Witch Trials in Puritan New England. I highly recommend this to anyone who wants to see horror done perfectly.

To clarify, I’m not saying that jumpscares are bad. They’re perfectly fine and I enjoy them. However, they need to have context and can’t just be a cheap noise that doesn’t mean anything to the story.

Now that we’ve established what makes a horror film good, what makes the horror films of 2016 such? The answer is simple: originality. “Insidious” is a 2010 film that uses jump scares effectively yet manages to  contains somewhat of a plot, which consists of a child being possessed by a demon. Personally, I liked the film, but it’s definitely not original.

The 1973 film “The Exorcist” inspired a generation of disappointments, and this can be seen over and over again in the film industry. It was an extremely creepy movie which I loved and adored (and will never watch again because it keeps me up at night). But seeing ripoff after ripoff of its good, original masterminded concept doesn’t help the genre at all.

At some point within this Dark Age of horror movies you might ask, why does Hollywood keep making distasteful horror movies if they get bad reviews and are generally an unpopular genre at the box office? The answer is revenue.

“Ouija,” the steaming pile of creative excrement I mentioned earlier, had a budget of $5 million. Since its release in 2014, it has made $103.6 million, and that only includes the box office earnings. That is over a 2000% profit. Even Martin Shkreli can’t beat that increase.

The only reason horror movies are being pumped out share by share, pile of dung by pile of dung is because they cost little and earn a lot. Why wouldn’t a major studio spend $5 million to make $104 million?

But finally, we arrive in 2016, the year where horror movies get a lotion application from all the disgusting pimples and zits over the years. This year gave us films like “Lights Out,” “Don’t Breathe,” “The Witch,” “Hush” and the well-reviewed incoming “Under the Shadow,” which show us the power of creativity and intelligence in the genre.

2016 also brought us a generally decent shark movie, “The Shallows,” which doesn’t happen often, since shark movies are usually terrible, and the best Purge movie yet, “The Purge: Election Year.” We were also treated to thrillers like “10 Cloverfield Lane” and “Don’t Breathe,” both of which open a new respect to horror movie storytelling.

Finally, I have compiled a list of my personal 2016 horror favorites below. Watch them all while they’re good because they’re going to be shipped off to remake camp one day.

I still have hope.