“Snowden” is a convoluted failure 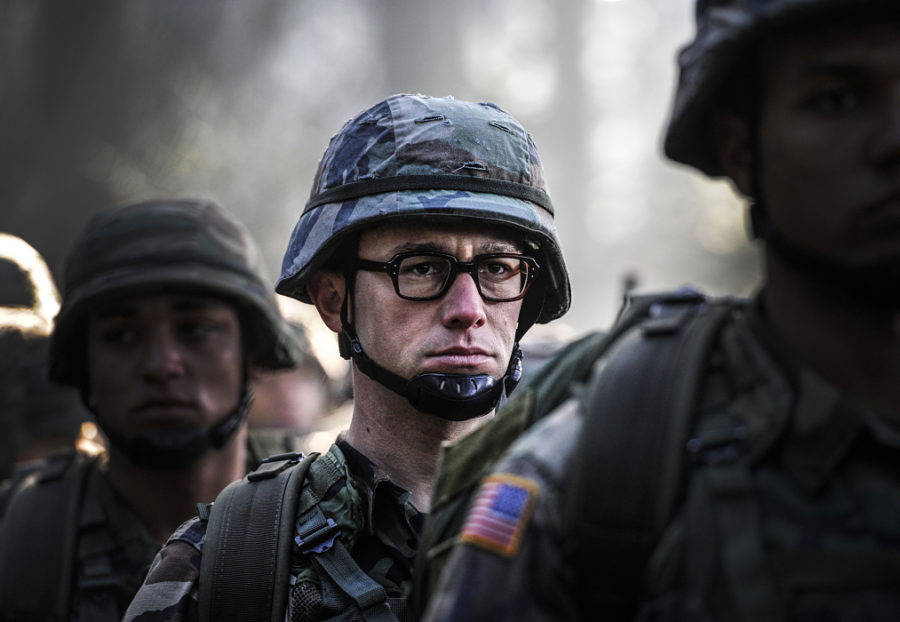 On the heels of Laura Poitras’s jaw-dropping documentary Citizenfour comes acclaimed director Oliver Stone’s take on the story of N.S.A. whistleblower Edward Snowden, Snowden, which tales the story of a man who has become something of an icon since his illegal accessing and publication of classified government documents in 2013.

I will start out with the one saving grace that this film has; Joseph Gordon-Levitt’s performance as Edward Snowden is absolutely fantastic. The very dedication that Gordon-Levitt has to Snowden’s character in the film is impressive. However, his charisma and accuracy in depicting the protagonist cannot save the film’s overall awkwardness and misguided tempo.

Snowden is an ambitious film with several discernable goals, but ultimately fails to convey the ethical implications of Snowden’s actions without creating a disorganized riot made of excessive emotion and computer jibber-jabber.

For one, the film’s desire to use Snowden’s being an epileptic introvert as a plot device makes it completely incohesive with the emotional finale that seeks to depict a hero who had principles and human rights on his mind.

In most biographies, simplifying an icon into his or her flaws is a good thing. However, in the case of a fugitive with two distinct perceptions of his story, Stone only succeeds in destroying the integrity of the Snowden character rather than in humanizing him.

Furthermore, Snowden’s relationship with his girlfriend, Lindsay Mills, portrayed by Shailene Woodley, is completely unnecessary in this film. She contributes little to nothing to the plot. The best parts of the film, the parts I thoroughly enjoyed, started and ended with her absences.

The unnecessary romance in this film is exhausting to watch. I will be honest. I’m not a fan of romance, especially when said romance doesn’t move the story forward in any way. Snowden is a perfect representation of this tiresome phenomenon that makes me stop paying attention for some amount of time in the theater. If Stone had cut out all the romance from this film, it would have been much more entertaining, for me personally.

What I wanted to see was a thoughtful depiction of a man having an internal struggle about the social and political implications of his actions, a man conflicting with administration and a man running from prosecution. I wanted empirical emphasis on PRISM, XKeyscore, Bullrun and what they mean in the context of surveillance, and I wanted intrinsic elements of Snowden’s story like politics and journalism.

I did not want a look into Snowden’s personal life, his insecurities, his ambitions and I’m guessing Snowden himself did not either. In Citizenfour, he makes it very clear:
“The modern media has a big focus on personalities. And I’m a little concerned that the more we focus on that, the more they’re going to use that as a distraction. And I don’t necessarily want that to happen, which is why I’ve consistently said that, you know, I’m not the story here.”
Instead of a clear focus on the ramifications of Snowden’s actions regarding the people, the government and Snowden himself, we got a disillusioned cinematic circus that barely touched on the important subjects above. Its cynical trip from spy thriller to romantic flick to crime drama to a scene out of Mr. Robot makes it a chaotic and unentertaining mess.

Personally, I believe that Snowden is a hero and a true patriot, that his actions expose years of upheaval in American political corruption and that this movie does him justice. But as a film that’s supposed to engage the audience and tell a compelling story, it simply falls short.

Perhaps it is due to the fact that the events of Snowden’s actions aren’t meant or fit to be dramatized, or it could be due to the lack of enthusiasm the director put into the film. Stone himself said in an interview with Deadline prior to its release, “I didn’t want to do this movie.”

For a more informative and intelligent depiction of Snowden’s incredible story, watch Citizenfour. It is one of the most powerful documentaries I have had the pleasure of watching, if not the most, and it is certainly more entertaining than the cinematic catastrophe I just finished reviewing. 1.5/5