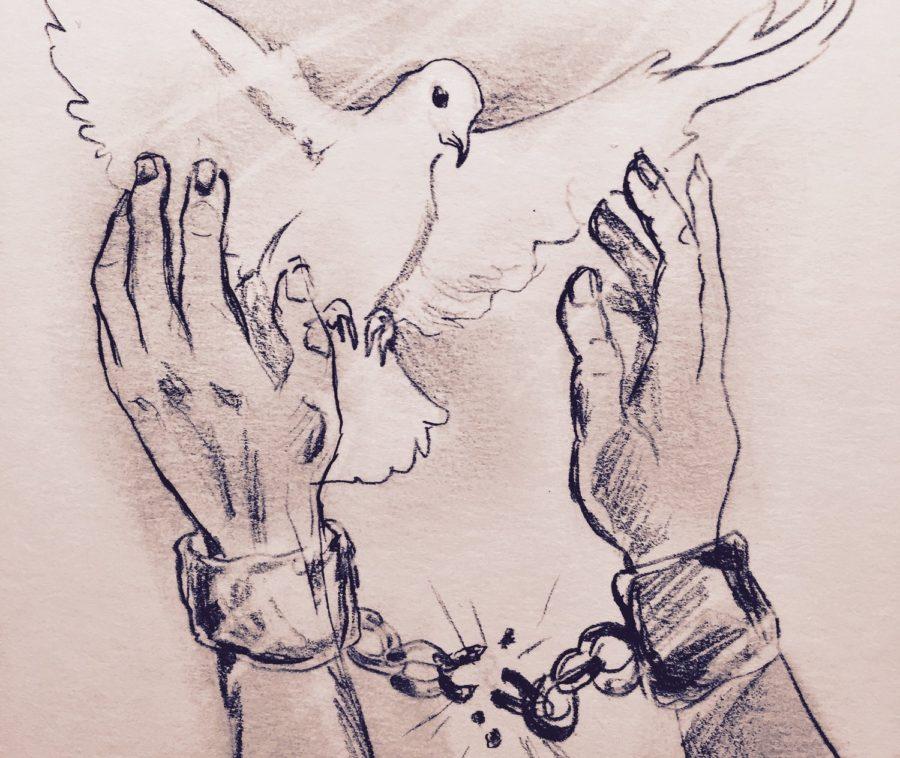 Iwill never know what it’s like to hope and pray each day that my brother and father make it home safely at night. I will never see my dad walk out the door, and know there’s a legitimate possibility he’ll be shot by a police officer.

My dad, at the height of around 5’7”, will never be considered a “big bad dude” to the police. He will never have to remember his mother’s lessons of “yes sir, no sir” or keeping his hands in plain sight, or fearing that two minutes at this traffic stop might be his last. My dad, like myself and the rest of my family, is white.

In the span of 24 hours, two more innocent black lives were ripped away by paid public servants. The victims’ names are Terrence Crutcher and Keith Lamont Scott.

Crutcher was a pastor, father of four and a student at the local Tulsa Community College. He was shot by Officer Betty Shelby in Tulsa, OK after his car broke down on his way home from a music class.

Keith Lamont Scott, a father of seven, was performing his regular routine when he was shot by Charlotte, NC Officer Brentley Vinson: waiting in his car for his son to arrive on the schoolbus.

We will remember the victims’ names for a short while, only to have #TerrenceCrutcher and #KeithLamontScott be replaced by a new hashtag attached to a different name.

Black lives are reduced to statistics daily, and despite all the efforts to build tolerance and compassion between officers and black communities, there doesn’t seem to have been much change. Even when complying with the police, keeping their hands up and communicating, black people are gunned down. They are “too loud,” “too suspicious” or “too quick.”

As a nation, we have built a tolerance for violence against people of color. Before we can properly mourn the death of one, we are hit with another.

Mourning is not feeling sad for a brief moment while scrolling through your Facebook feed. Mourning is thinking of their families, their friends and their lost lives. Mourning is using your privilege as a platform; mourning is speaking up with pain in your heart and frustration in your mind. To mourn the deaths of these innocent black men and women, we must do something, not stand idly by while another Facebook video scrolls past our eyes.

As a white female living in one of the most privileged neighborhoods in the nation, I will never face the discrimination nor will I experience the fear countless people of color face every day, at all ages.

Yes, I am white, and yes, the only burden I truly carry is the burden of my privilege. But I refuse to let my privilege stand in the way of taking action. We have supported and funded a system of injustice that keeps people of color below the poverty line and behind bars for too long.

This system perpetuates the act of labeling people of color as “dangerous” and allows paid public servants to walk free after shooting a black man who was selling CDs outside a convenience store. Or after strangling a man in a chokehold who repeatedly cried that he couldn’t breathe.

The only way to dismantle this system is to be loud. Organize a peaceful protest, write a letter to your local Congressman or woman, donate to an anti-racism organization and ultimately, raise awareness.

Keep their families in your mind.

But also, listen. Listen to the people around you and do not argue when they describe their struggles. For those who think the election of a certain president will solve this issue of police brutality, please spare us. The change is our hands, not a politician’s. It is our duty to give voices to the voiceless and we are more than capable to fight this battle.

We need to open our ears, our hearts and our minds to the reality around us. These issues are real, and only continue to escalate.

There is no more time for “thoughts and prayers.” Now is the time for advocacy, awareness and action.