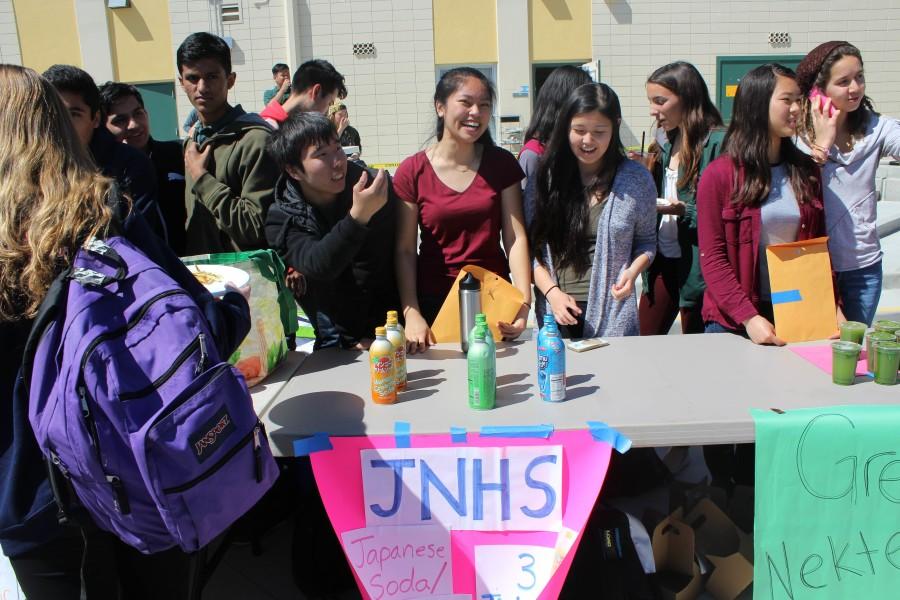 FUHSD administration is implementing state legislation that revamps the nutritional standards for schools.

Strengthened regulations of the Healthy Hunger Free Kids Act of 2010 include stricter nutrition standards, such as a maximum sodium content of 200 mg per serving, according to regulations.gov. Most food from outside restaurants violate at least one of these restrictions and are not allowed to be distributed on campus until 30 minutes after school is over due to the new regulations, district nutrition coordinator Mary Ann Jennings said in an email.

On top of federal regulations for national health requirements, there are stricter state regulations as part of the California Education Code, which makes it more difficult for clubs to find food products that qualify for distribution on campus.

“It is the responsibility of the ASB as well as the Food Service Department in school districts to adhere to these regulations as well as parent groups or any entity that provides food or drink to students during school hours,” Jennings said in an email.

However, the situation is more complex than just a federal initiative. There has been a pre-existing agreement with the district board that allowed schools to have two Club and Grub days per year, Principal Greg Giglio said.

“There are two competing things right now,” Giglio said. “There is the state and federal law about what is to be served and not to be served, but there is also an agreement with our board, and the board says sites get to have two Club and Grubs a year.”

In the event that Thursday officially marks the final Club and Grub, the administration and ASB have been working on a new event to replace it, ASB Vice President Claire Wynne said.

Wynne, who manages club affairs, and Jennings both said other schools like LHS have held events similar to Club and Grub after school. Wynne said she is working with administration to possibly combine Club and Grub with events like the Sadie Hawkins Dance.

“We’re planning to continue the idea because it’s a fundamental part of Homestead’s tradition,” Wynne said. “We’re definitely not going to get rid of [Club and Grub].”

The new nutrition standard is a public health policy meant to combat childhood obesity and the diabetes endemic, Jennings said in an email. One in three students born in 2000 will develop diabetes in their lifetime, according to the Centers for Disease Control and Prevention.

The federal health law has no decisive statistics on its effectiveness for high school students, although there has been “significant decline” of diabetes in younger, pre-school aged children, Jennings said in an email.

FUHSD requires all schools to comply with these national and state regulations by Sept. 27, but district administrators made an exception for Thursday’s Club and Grub because it was planned before the implementation of the law.