Clinton and Trump are not equally bad, period

To say that voting in this election is choosing from two evils is foolish, and here’s why 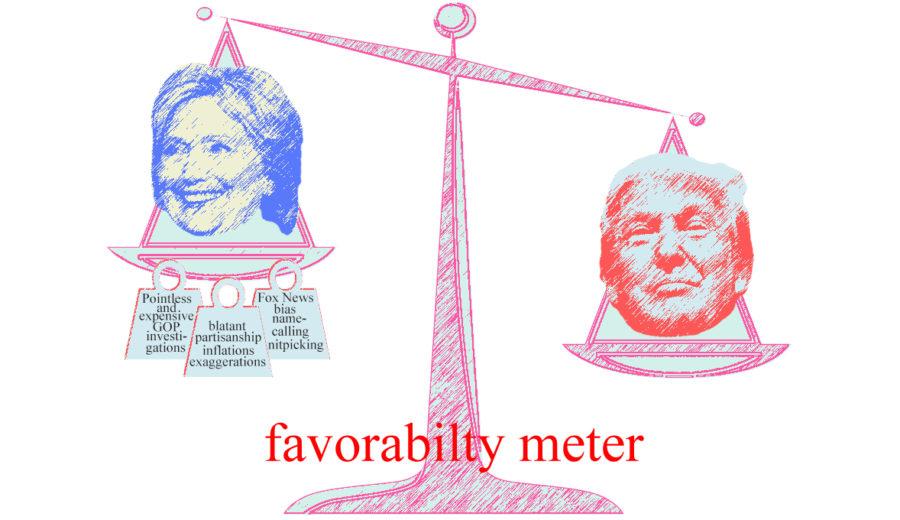 Hillary Clinton is not dangerous. What makes people believe so are the politically-motivated inflations of her shortcomings.

Iread a comic strip the other day. In it, one character asks another, “Do you want to microwave this baby or blend it?” while holding up an infant. The response is “neither,” and the inquirer follows up with, “Dude, throwing away your vote is not cool.”

This mentality exists in the minds of students at HHS as well. Last week, I overheard, “Voting in 2016 is like choosing between cancer or AIDS.”

Hillary Clinton is not dangerous. What makes people believe so are the politically-motivated exaggerations of her shortcomings.

For years, Clinton has been the subject of exaggerated controversy and a relentless crowd seeking the downfall of her reputation. She’s been investigated by multiple groups including the FBI, all of which found no evidence of wrongdoing by her. The nitpicking and negligence that comes with this clingy dissension are egregious and a waste of resources.

The “Hillary Clinton is a liar” mentality was first center-staged by conservative writer William Safire in his book “Blizzard of Lies” during Clinton’s Whitewater scandal, a series of investigations involving the Clintons’ involvement in a failed real estate business.

Additionally, the board said that Clinton has “shown herself to be a realist who believes America cannot simply withdraw behind oceans and walls, but must engage confidently in the world to protect its interests.”

I understand if you believe that Clinton is not to be trusted. She accepts donations from special interests and nations that operate under principles opposite ours. She’s been involved in multiple controversies over the last couple of years, the most recent being her private email server. Her charity foundation has, in theory, served as a giant special interest program. She fails to relate to young people and appears desperate for the millennial vote.

Nevertheless, she is perseverant, experienced, brave and intelligent unlike her opponent, a man who is something much worse and someone significant more dangerous.

Throughout this campaign and his entire career as a con and a bigot, Donald Trump has been the field day of many journalists. A man who cracks jokes about his own penis and a moderator’s menstrual cycle shouldn’t be celebrated, he should be condemned.

A man with incredibly thin skin, a man with a fifth grader’s mental composure, a man who insults women, a man who belittles minorities, a man who cons those less fortunate than him out of business, and a man who may have avoided paying income tax for 18 years shouldn’t even be taken seriously, much less eulogized as a major party nominee.

I acknowledge that Trump speaks for a lot of people, that he’s not afraid to express his beliefs and that he inspires many with little. However, such a mindset neglects almost a century of social and economic progress and nationalizes its own regional view of the country.

Earlier this week, the Washington Post reported that the Trump Foundation (Donald Trump’s charity organization) had used over a quarter of a million dollars in charity money to settle lawsuits against Trump businesses. In August, the Post laid out a summary of the issues brought up against Trump in a deposition, issues consisting of falsehoods and blatant lies on business dealings claims.

In May, the New York Times ran a jaw-dropping story featuring the interviews of several women who alleged that Trump had behaved inappropriately with them (ex: groped, advanced on and/or sexually assaulted), objectified them and then bragged about doing so to the press.

Moreover, regarding the recent string of protests in Charlotte over the death of Keith Lamont Scott, Trump said that drugs could have played a major role, which is not only an insensitive degradation of the real, legitimate issues that are being protested about but also a lucid representation of Trump’s attitude toward systematic racism.

On Sept. 24, the New York Times analyzed over 30 untruths that Trump had made over the preceding week. The following day, Sept. 25, Politico released a fact check that revealed that “Trump averaged one falsehood every 3 minutes and 15 seconds over nearly five hours of remarks.”

So in addition to being a self-serving demagogue, an egotistical vulgarian and an insensitive misogynist, Donald Trump is also an unapologetic liar.

At one point during the campaign, Trump’s methods became so unprecedentedly outlandish that documentary filmmaker Michael Moore wrote a piece exploring the possibility that the Donald was purposefully sabotaging his own campaign.

Trump’s indifference to truth and irreverent mission to serve himself are not what a presidential candidate should have. If you are thinking about voting for Trump or if you think that Hillary Clinton is just as bad as he is, consider your options here.

I’m not going to argue that Clinton’s record is pristine because it’s not. There has always been some event, some conspiracy, some inflated controversy or some accusation dragging her down and her ability to stand unwavering is what makes her the stronger candidate.

I urge to take a look at your options here.

Jill Stein is skeptical about vaccinations (Trump believes that they cause autism). Gary Johnson can’t name a single world leader. I concede that Hillary Clinton isn’t clean. She wasn’t my first choice either. But saying #ImWithHer and voting for an intelligent, experienced and courageous individual who has dedicated her life to public service is not picking the lesser of two evils, it’s choosing the greater good. 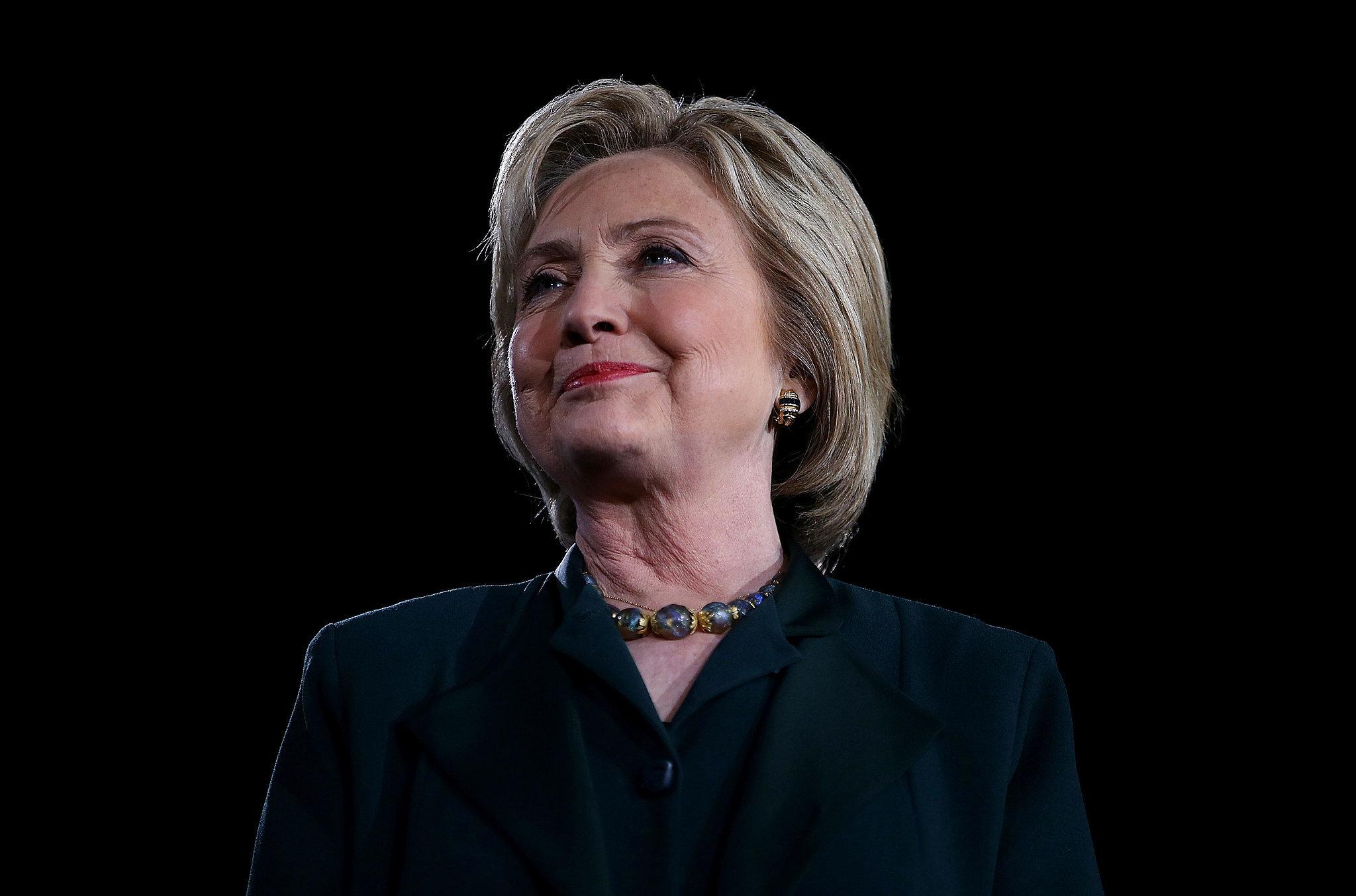 Note: If you have any questions, concerns or challenges regarding my article, feel free to comment. I’m happy to debate you in an open and respectful manner.