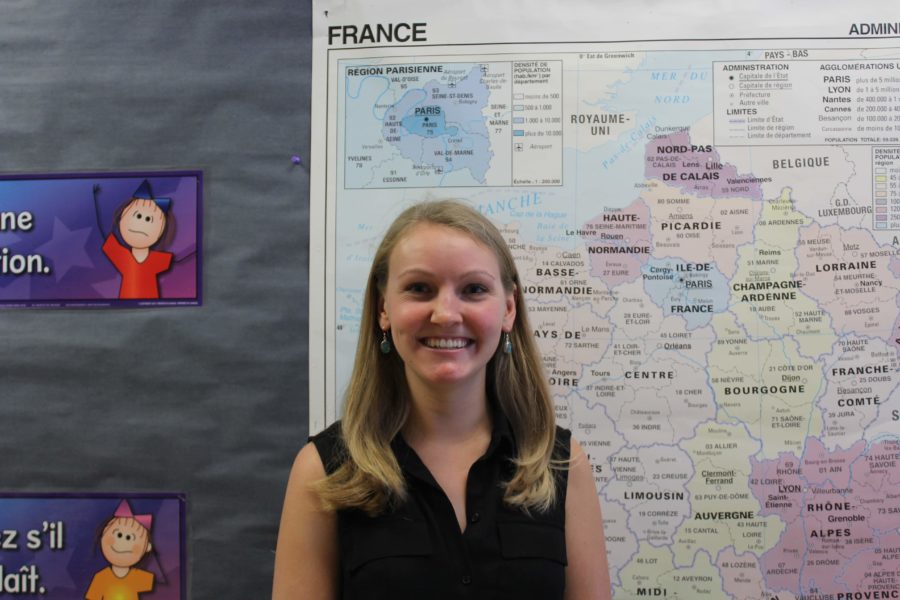 Since she does not have much time during the week, Wills enjoys baking on the weekends.

VILLEGAS
Villegas is from Puebla, Mexico, a city two hours south of the capital. After moving to the U.S., she graduated from the University of Colorado. She worked as a professor at San Jose City College, teaching European History and Spanish.
“I never thought of becoming a teacher when I was in elementary school because I was very afraid of every year, leaving my students,” Villegas said. “But later, since I did not receive [my parents’] support academically…I thought that maybe, I can help those students who don’t find support academically at home.”
As a Spanish teacher, Villegas said she encourages the energy that the students give off, craving for more advanced material as she teaches, and that their enthusiasm creates an extremely positive learning environment.
One of the things that Villegas likes most about HHS is the support among the faculty and the welcoming she received when she first came.
During her free time, Villegas enjoys watching European films, knit for friends and family and try out different cuisines available in the Bay Area.

WILLS
Wills is a graduate from Los Gatos High School, and obtained her degree in French and Psychology from Scripps College in Southern California. She has had previous experiences of teaching French at high school level before coming to HHS.
Wills said she hopes to gain a greater understanding of her students and to have the role as a trusted advisor.
“I always wanted to be a teacher…I knew I wanted to work with students,” Wills said.
Wills said she chose to teach French because she likes the language, the culture and the teaching environment.
“[French is] fun and exciting for me to share with other people”, Wills said.
In the first few weeks of teaching, Wills has enjoyed the support the students, teachers and administration has given her.
“It’s just made a very positive first impression from the minute I stepped on campus,” Wills said.
In her free time, Wills likes to cook, especially bake, and rewatch older episodes of Gilmore Girls in preparation for the new-coming seasons.