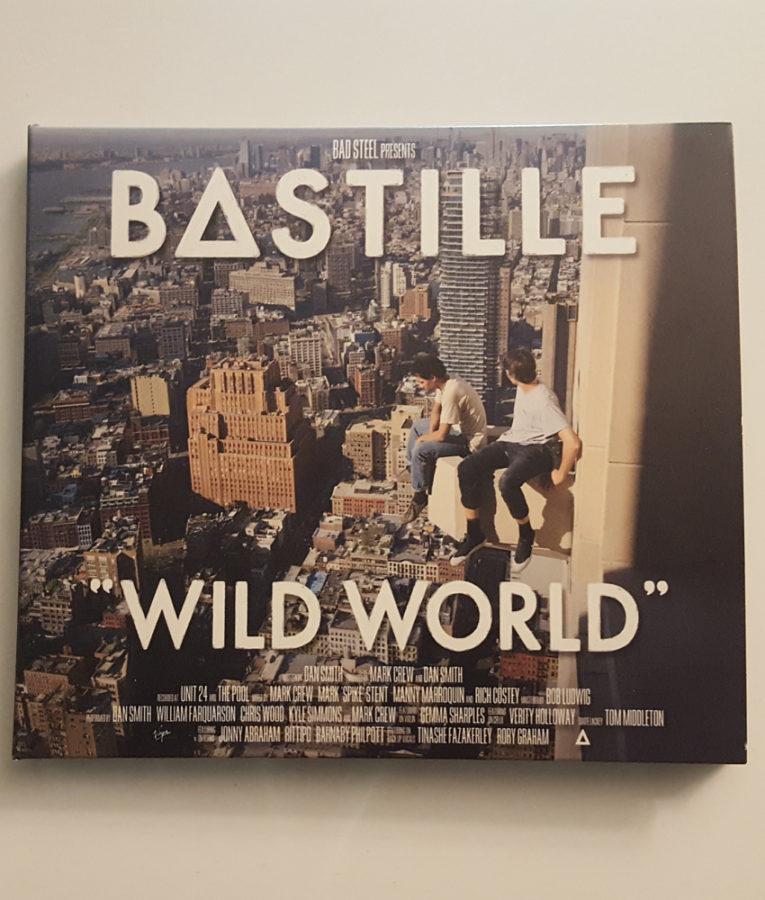 Cover to the new album by the indie rock group Bastille

The freshmen album had to split into two albums to make an attempt at fixing their mistakes from the first time around. Wild World does not need the same help.

While Bad Blood needed a myriad of singles to draw attention, Wild World only needs one single to draw people in.

The early release of their single “Good Grief” built up a massive amount of anticipation for the album’s initial release. The lyrical content for the single does set a background as to what is to come for the rest of the album.

Dan Smith, who is the frontman of Bastille, sounds like a motivational speaker who is trying to encourage people to step out of their comfort zone. With songs like “Warmth” and “Good Grief,” Dan Smith highlights the importance of every individual despite how one thinks of themselves. 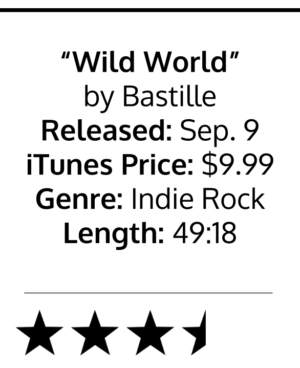 Many of the lyrics in the album pertain to, but do not limit itself to, self-discovery, guilt, regret and love.

In many of the songs, the lyrics seem to drag on and on, making me yearn for the end of the song.The lyrics tend to sound like a whiny teenager trying to express their feelings in a diary, but also sounds like an attempt at being poetic.

Nevertheless, the album is a good listen and is enjoyable to those who relish indie rock.