From one band show to the next

Marching band places 3rd and moves on to finals 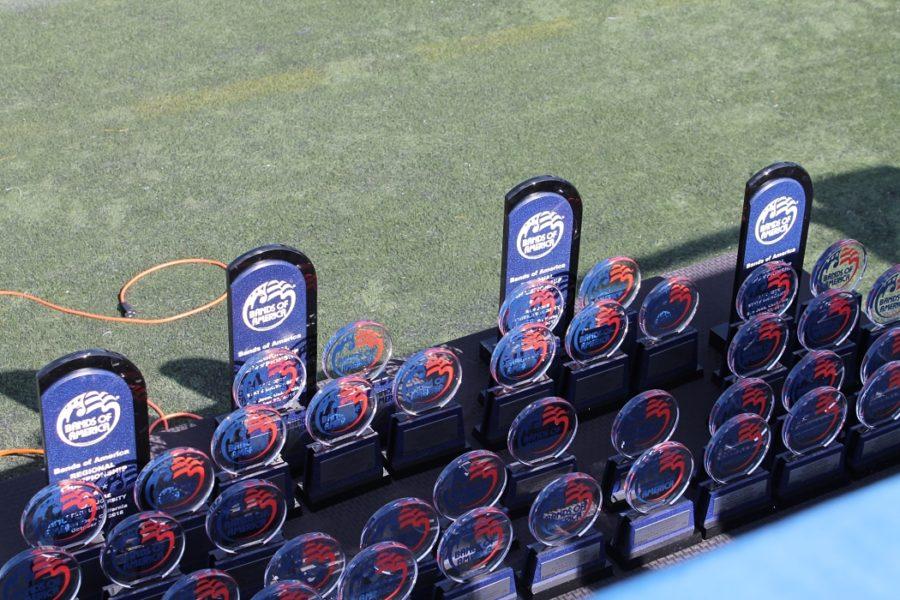 Half of the stadium was filled with family members, fellow students and other locals, clapping and cheering to their loudest as they hear the HHS marching band being announced to perform next over the speakers.

The BOA band show took place in San Jose State’s Spartan stadium on Oct. 22, competing out of 19 bands in California and Nevada joined.

After practicing five days a week since band camp, marching band and color guard have come as far as competitions and won 3rd place at the band show.

Band students are excited to move on to the final BOA Long Beach Regional taking place this week.

“It’s just really exciting to kind of go to a place that’s far away, because you see how your band compares to others on a bigger level,” band student and sophomore Silvia Alemany said.

The trip is a memorable time for all bandmates to travel, experience crazy moments together and overall bond with each other, Alemany said

The performance can be livestreamed here on Saturday, Oct. 29 at 6:30pm PST.