Scary movie not so scary 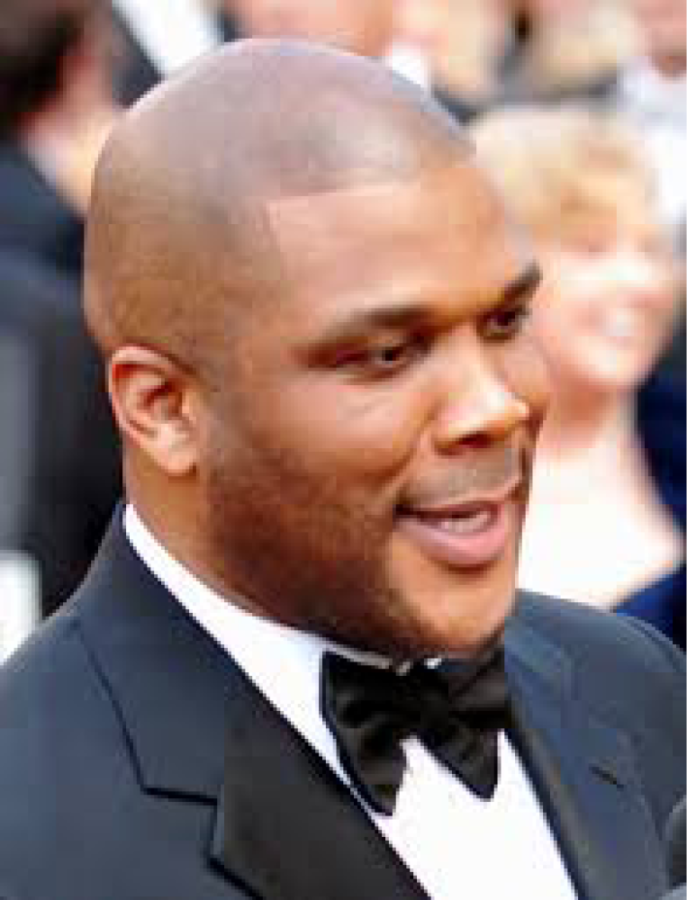 Director Tyler Perry acted as three characters in his own movie. Photo courtesy of Michael Connors.

Boo! A Madea Halloween, is a funny Halloween special without any scary events. The characters in this movie were different from other Madea movies. However, Madea, her brother and her friends were the same it was released on Oct. 20.

The movie mainly focused on how Halloween is the devil’s holiday and that children need to respect their parents.

It was generally very funny and the director, Tyler Perry, played the role of as three characters himself: Madea, her brother Joe and Joe’s son Brian. Because Perry was three characters, the camera men did not show his body, only his face, to keep the audience from knowing he was all three.

The setting was at a house near a college fraternity. The frat boys were very impulsive and only liked to party and play pranks.

The movie portrayed the cliche frat boy: meat heads who like to party. Madea and her friends were invited to stay at Brian’s house to watch his daughter. Brian’s daughter, Tiffany, acted like a typical teenager. She was very rude, only liked to talk to her friends or the frat boys and talked back to every adult she made contact with. The movie tries to show the new parenting that parents affect children now, compared to how parenting was done back then. 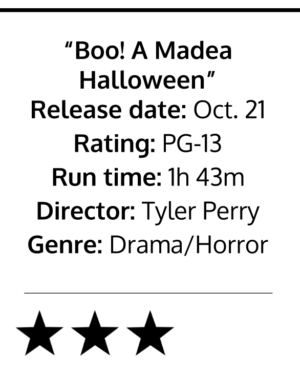 While Madea is suppose to keep Tiffany from going out, she ends up getting away. Before Tiffany leaves, she tries to get Madea and others to sleep by telling them a “scary” story. It was one of those typical scary stories that the person who used to live there murdered his family and haunts the house everyday on Halloween. The movie could have better used the theme of Halloween instead of going the basic not-so-scary route to make the movie more funny than scary.

It usually just used the typical type of teenager Halloween specials. The frat boys got mad at Madea because she crashed their party and called the police to stop it. In turn, the frat boys pranked Madea into thinking that she was being haunted by clowns and demons. Once Madea found out she was being pranked, she created a plan to prank them back.

In most “scary” movies, this is the part where when person who got pranked, pranks the prankers even harder. Sure enough, it’s what happened in this case. Madea pranks them so hard that they are arrested by the police for murder and are sent to jail. Once Madea tells them it is a prank, they all are still traumatized so they promise to behave and never prank again.