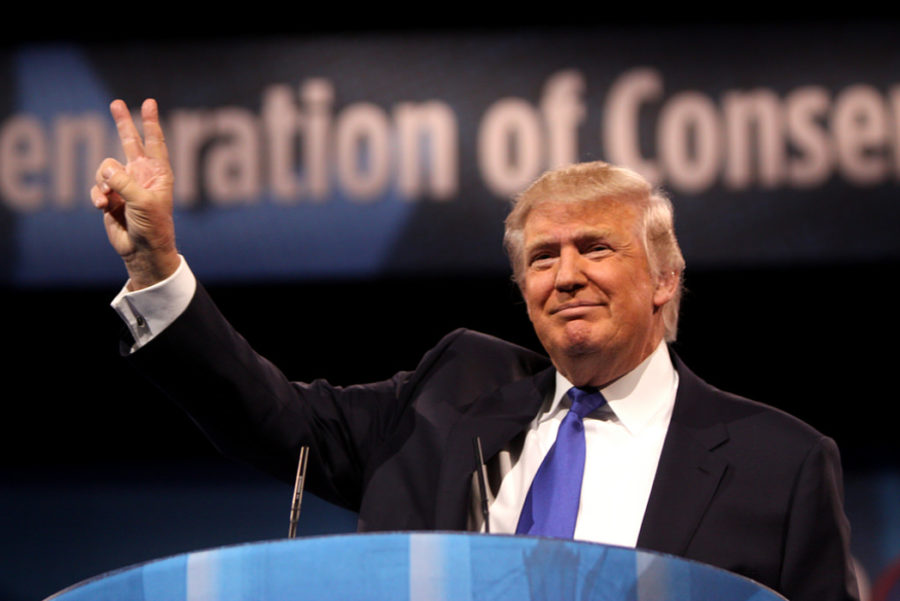 Donald Trump, America’s next president, still has some issues to sort out before he can be an effective leader. Photo courtesy of Flickr.

Mere weeks ago, we in America elected our next president.

Actually, we elected the parties that will choose 538 people to elect the next president in mid-December, in a system where only about one-fifth of the votes cast actually matter, but don’t let that discourage you from voting!

Regardless, barring an extremely unlikely scenario, our next president will be Donald Trump, a billionaire businessman and the first cheese puff to hold public office in the United States. While the first female president would certainly be a step forward for equality in the nation, a processed snack being elected may be the only thing more impressive for breaking down barriers across the country.

In all seriousness, however, the election of a candidate with no political experience poses an interesting challenge to this country. Unfortunately for Trump, controlling the world’s most powerful nation is slightly different from filing for bankruptcy or managing divorce proceedings.

However, Trump’s lack of history in government does not prevent him from being a successful president. With the Republicans now controlling the entire legislative and executive branch, he has the opportunity to pass legislation almost unobstructed.

Somewhere, Ted Cruz is conflicted. His party now has a majority, but he will not be able to practice his great love of bringing the nation to a halt and shutting down the government.

However, returning to the topic of Trump, the president-elect can begin to pass reforms as soon as he is inaugurated on Jan. 20. Among the many promised changes, Trump has pledged to build a border wall, repeal the Affordable Care Act and pass laws preventing retiring congressmen from lobbying in Washington at the conclusion of their terms.

Though, at the same time, Trump has also dodged details on building a wall, praised “Obamacare” and is apparently filling his cabinet with the same Washington insiders he has built his campaign around fighting. This adds to his extensive history of not being able to chose what his political opinions are, like previous flip-flops on his stance on abortion and the Iraq war.

Additionally, the prospective cabinet for a Trump administration is getting closer to 1930s Germany by the day. Among Trump’s appointees are a racist senator, a racist general and a racist media mogul. It makes sense, however, that Trump wants to surround himself with people similar to him.

However, in all this madness of the post-election cycle, it is important to remain optimistic. Trump’s inflammatory and offensive rhetoric can be stopped, if our nation remains accepting and open to people of all colors and creeds.

And now that I’ve said my obligatory remarks about standing up to Trump and turning the country back toward sanity, I can now return to crying in fear of Trump “opening up the libel laws.” The last thing I need is to get sued for this column.