Having played together for multiple seasons now, the team is closer and more comfortable 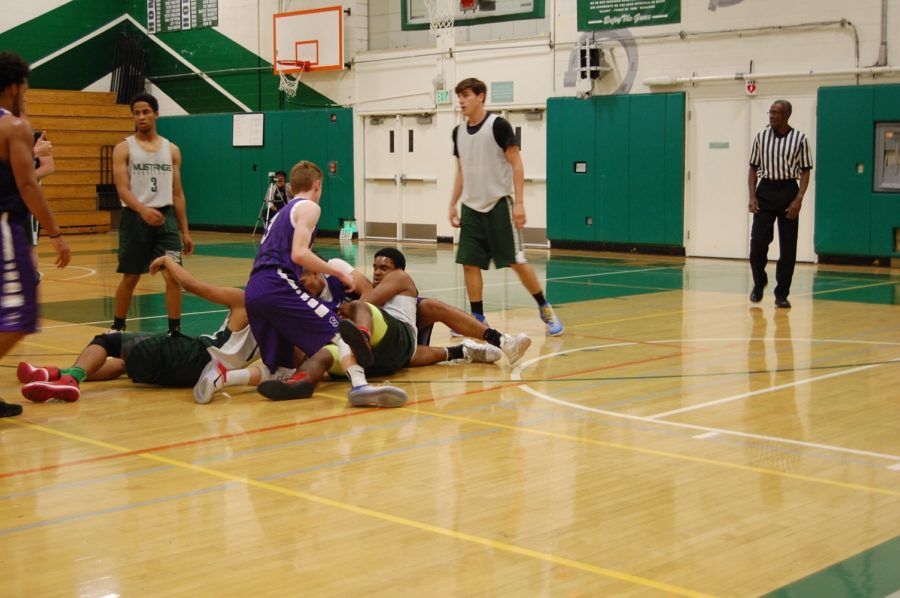 With 26 total games in the season, 12 of them being league games, the boys varsity basketball team is currently 3-2. The team mostly consists of juniors and seniors, which differs from last years team as it had more variation in grade level.

Junior Eric Sonobe, who has been on varsity since sophomore year, is a shooting guard.

“I play off the ball and I look to shoot,” Sonobe said.

After a week of tryouts, the final team was decided, yet Coach Shawn Hook has not made any players permanent captains because “he has focused on making [all the players] leaders on the court,” senior Dante Johnson said.

Johnson, who is a starting small forward, will typically look to score in the paint along with the power forward, but depending on who their opponent is, they may be playing on the three-point line.

During a typical practice, the team works on fundamentals, basketball IQ, physical endurance and they run through plays, Johnson described.

In general, the team needs to work on their defense and passing, but their scoring and rebounding is good, Sonobe said.

Sonobe also added that he thinks the team should do better than they did last year because they know each other better.

“On defense… I set a lot of screens to get my teammates open for good shots because as long as we get the bucket, it doesn’t matter who scores,” Johnson said.

The biggest game of the season will be against Fremont, but Bellarmine will be tough too, Sonobe said. The two league games against Fremont will take place on Jan. 20 and Feb. 10.