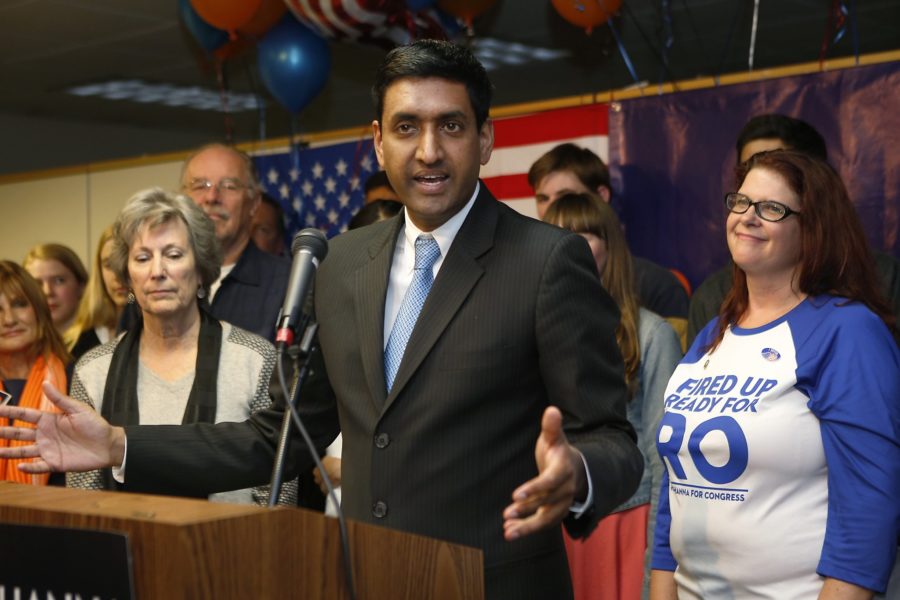 Ro Khanna greets supporters during his 2014 run for California's 17th District in the House of Representatives, a seat that he has now won from Rep. Mike Honda.

Nov. 8 was not just an important political date for America’s presidential candidates, but an important date for regional representative elections as well.

Despite the large margin of victory, the campaign was hard-fought.

“Ro was accused of illegally using campaign data to which the federal courts have now made progress that he was not a party to the stolen data,” Khanna volunteer and junior Collin Cheng said.

“Towards the end of the campaign, when Mike Honda started his suing thing against us, it got really nerve-wracking and we were all concerned about whether we were going to win or not,” Khanna volunteer and junior Madhu Sodlapur said. “But we just continued and kept going stronger, and harder and toward the end of the campaign we eventually won.”

There have been concerns about whether Khanna will handle education in FUHSD in a similar fashion to Honda.

“[Honda] used to be a Sunnyvale teacher,” principal Greg Giglio said. “I just hope that Ro Khanna has the same relationship and kind of looks after us like Honda did. … Mike Honda always paid attention to and recognized kids and recognized teachers and gave his presence to things, so as long as Ro Khanna is doing that kind of stuff, I think that’s what would be helpful.”

According to Cheng, education will be a top priority in representative-elect Ro Khanna’s term.

“I think he’ll probably focus on increasing funding for STEM programs and ensuring all students have access to STEM programs, that way they can learn more about that aspect of education,” Cheng said. ”[Khanna will also reform] the standards, because right now there’s sort of an uncertainty about what students should learn and what they will learn.”

Khanna’s focus, however, does not stop at secondary education, volunteer and junior Josh Shamelashvili said.

“He wants to make college affordable and he wants to make the UC system favor California students over state students, even if it means that they get less profit,” Shamelashvili said.

“Hopefully he reaches out and kind of gets to know the communities,” Giglio said.