The Bar-On Brief: The only desired disease — senioritis

If you stop caring now, you didn’t care in the first place 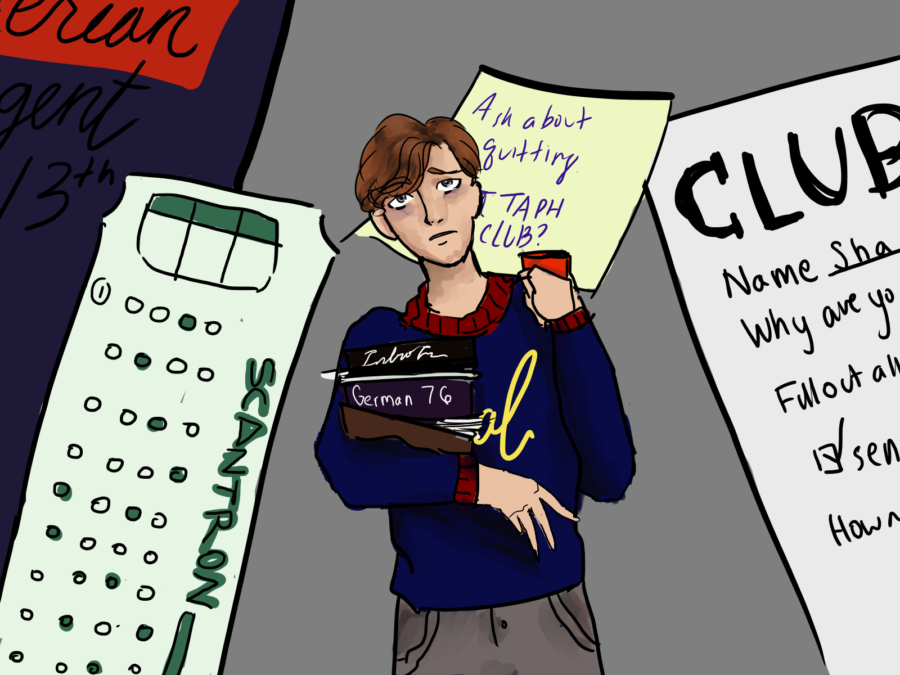 It’s a well known fact that the worst time of year to fall ill is finals week. Students come to school with everything short of vomiting just to finish the last push of the semester and complete their final exams.

Although there is now a two-week break to recover from the workload of last semester, there is a new disease that one fourth of the school has been developing this whole year. An outbreak of this sickness among the class of 2017 is almost guaranteed. It’s name? Senioritis.

According to the slang website Urban Dictionary, the term refers to “a crippling disease that strikes high school seniors. Symptoms include: laziness, an over-excessive wearing of track pants, old athletic shirts, sweatpants, athletic shorts, and sweatshirts. Also features a lack of studying, repeated absences, and a generally dismissive attitude.”

As the website also notes, the only cure is graduation. In simpler words, second semester seniors void the power of grades and are free from the stresses of performing well in school.

Martin Luther King Jr.’s famous quote says the following: “The ultimate measure of a man is not where he stands in moments of comfort and convenience, but where he stands at times of challenge and controversy.”

There are two classifications for the ‘symptoms’ seniors can display once the illness spreads to the whole body.

The first is slacking. Since seniors do not have to worry about colleges making an admission decision based on this upcoming semester’s grades, they have the luxury of devoting less time and effort to anything school related. Students displaying this symptom will cease to do any homework, quit the athletic team they never wanted to join in the first place and stop participating in any clubs they previously cared about.

The second, and the preferable of the two, is self-discovery and reflection. Now that the pressure of school is reduced, seniors have more time to devote their time to the pursuits they really care about, outside the walls of the classroom.

They can help the underclassmen by advising them with an experienced eye. They can divert some extra energy that previously went to school work into their clubs.

Last year’s school profile shows that 88 percent of HHS students went to college — whether it be a four year, two year or out-of-the-country school — immediately after graduating. Odds are the percentage will fluctuate by only a few points this year, meaning that the vast majority of seniors will have to make a choice about which symptoms they’d like to display.

How seniors act this next semester will show who they really are and what they really care (and don’t care) about.

By all means, seniors, take a load off, relax and enjoy the next semester. You’ve really earned it. Starting at the next brunch cheer-off, when the class of 2017 chants in unison, “you wish you were a senior,” it will be more true than ever before.

But with that said, don’t stop caring about what you’ve done these past four years. Because if you stop caring now, you didn’t really care in the first place.