The Reel: screenwriting – the biggest snub at the 2017 Golden Globes 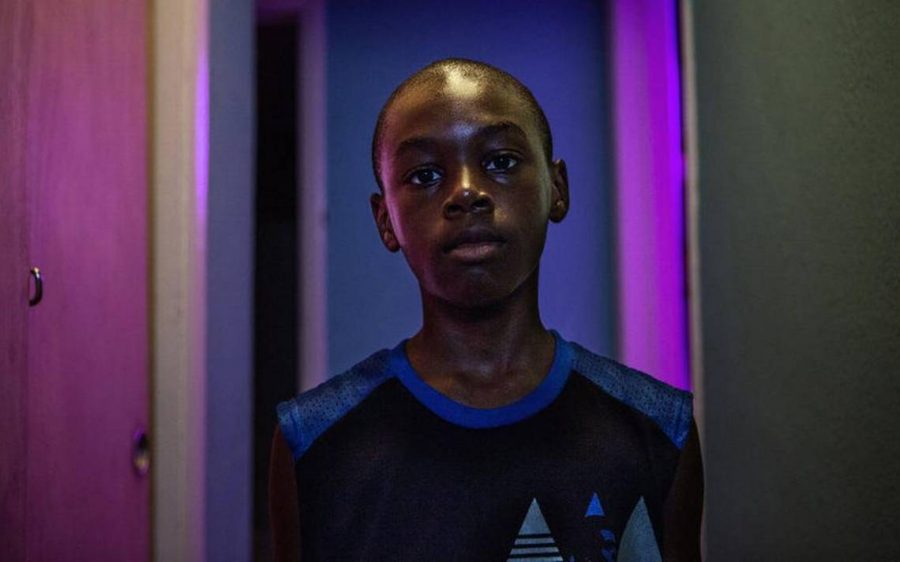 AN UNHINGED FENCE — Little squeezing through, doesn’t look back as the other boys attempt to shimmy and wiggle their way though, too big to glide through like Little.

LITTLE hauling ass, chest heaving as he rounds the corner on this condemned building. On instinct, the stairs taken two at a time, reaches the second story landing and pushes his way into…
Above is an excerpt from Barry Jenkins’ screenplay of “Moonlight,” which won the Golden Globe in the category of ‘Best Motion Picture – Drama’ on Sunday, Jan. 7.

The film features a gay, African-American boy growing up in an impoverished, mostly-black neighborhood in Miami during the War on Drugs era. I only recently saw it (there was a lot of pressure from the Internet) and thought it was a beautifully-shot, skillfully-edited, heartfelt coming-of-age story that embraces the melancholy and bittersweet narrative of finding oneself through a lifetime of struggle.

“Moonlight” was nominated for several Golden Globes but only won one – the most prestigious one. Within the current changing social climate, TV and Hollywood dramas are a dime a dozen, especially those chronicling themes of diversity or acceptance. Therefore, for “Moonlight’ to set itself apart so well from other incredibly well-done dramas (examples: “Loving,” “Hidden Figures”) is, ipso facto, a feat in itself.

There were many snubs at the Golden Globes this year – an outrageous one being Billy Bob Thornton winning for “Goliath” over Rami Malek for “Mr. Robot” – but there was one that I noticed to be particularly unusual, and that was in the category of ‘Best Screenplay – Motion Picture’ category, won by Damien Chazelle for “La La Land.”

Don’t get me wrong, I love me some Damien Chazelle. “10 Cloverfield Lane,” a movie for which he wrote the screenplay, “Whiplash,” a film of which he wrote and directed, and “Guy and Madeline on a Park Bench,” his first project, are all masterpieces that I could watch over and over again. I would worship the ground he walks upon if I could. However, after seeing “Moonlight” and needlessly contemplating what “La La Land” holds in the storytelling sector, I now believe that the screenplay award should have gone to Barry Jenkins.

Sure, Chazelle’s screenplay is absolutely fantastic. But it doesn’t contain the best parts of the movie, the memorable parts, if you will. Other than its clever, theme-abiding ending, “La La Land” is essentially just a really well-written romance movie whose true strength lies within its cinematography, soundtrack and dance numbers. But a movie that’s powerful, compelling, and better-written? That title is deserved by “Moonlight.”

Re-read the excerpt above this article. No matter where you stand on screenwriting, movies or entertainment, you cannot deny that its writing is fantastic. You feel the distress in an unnamed main character “Little,” you recognize the building’s aesthetic, you almost hear Little panting, you sense the electricity of the situation – without knowing any other details of the story. Good screenwriting is defined by attention to detail – and “Moonlight” has good screenwriting.

“La La Land” will win ‘Best Cinematography,’ ‘Best Actor/Actress,’ ‘Best Director,’ ‘Best Original Soundtrack,’ ‘Best Original Song,’ at the Academy Awards. It did win those in those categories at the Golden Globes; the screenwriting category, however, is dedicated to movies that hold merit purely based on storytelling, dialogue, character, structure and thematic profoundness – which I believe is more befitting to Barry Jenkins’ script than Damien Chazelle’s.

This is very important, and I want to repeat it – both screenplays are absolutely magnificent. I believe that “La La Land” is a better movie with its intimate embrace of old Hollywood, pure soundtrack-based euphoria, magnificent camerawork and defining themes of music, romance, and dreamers, but “Moonlight” simply better fits the category of ‘Best Screenplay.’