Immigrants facilitate more learning and assist others in class 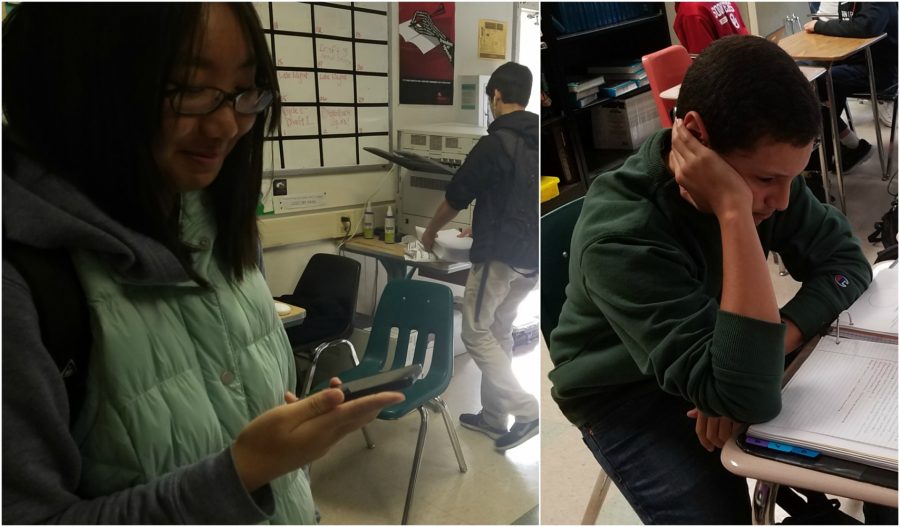 Because Junior Jenny Wang and freshman Ryan Ham already know the language, both further enrich each of their respective class’s learning environment and diversity.

Composing of different native language speakers in addition to a developing language community makes the student body highly diverse. Many native speakers taking their own language may seem like they are there for the easy grade, but there is more too it than that.

Often, native speakers in classes stick out to students as well as teachers, as they have their own learning style and speed as compared with other non-native speakers.

“While other non-native students are still learning, let’s say, a grammar technique, the [native speakers] would already have had exposure to it, so they have less to learn,” French teacher Kelly Ronsheimer said.

AP Chinese student and junior Jenny Wang in the course said the teacher last semester, Vivian Ju, would sometimes assign her, along with other native students of the class, to help correct papers and present “native” knowledge of Chinese culture to the class.

“Sometimes, since the class is both taught in Simplified and Traditional Chinese, the teacher asks us about the usage of a Mainland [Chinese] slang word or sentence type,” Wang said.

Although native speakers take the class to further their understanding or to preserve their culture, Wang believes that taking her native language as a course helps her feel more at home in America.

“Since I just came to the United States from Beijing [a year ago],” Wang said, “this class makes me feel a little less homesick because [students and teachers] are speaking Chinese.”

French 4 Honors student and freshman Ryan Hamidi in the class said he is also assigned other worksheets in addition to the regular worksheets if they are too simple for him.

“During class, if Mrs. Ronsheimer sees that something is too easy for [the native speakers], she will give us different worksheets, harder ones, to work on,” Hamidi said.

Hamidi said that he plans to stay in the United States because he spent most of his life here and he feels more comfortable here, but also acknowledges the advantages of knowing another language, in his case, French.

However, Wang’s parents allowed her to choose Chinese as a language because she planned to return to China to pursue her post-secondary education and the language class helps her retain her culture and speaking skills.

“For my future life, I want to go back to China for university, because I think I am still the most comfortable there, and this class also helps me retain my Chinese skills,” Wang said.

Although native speakers mainly come from the country of the spoken language, Ronsheimer said that there are still some things that they learn and through this learning, they also allow the class to become more diverse and enriching through what they already know.

“The native speakers do really add a diverse flavor to the class as they can help the whole class understand more about the culture through the teen perspective, allowing them to learn effectively,” Ronsheimer said.