The Bar-On Brief: CalExit, a selfish idea for forfeiters 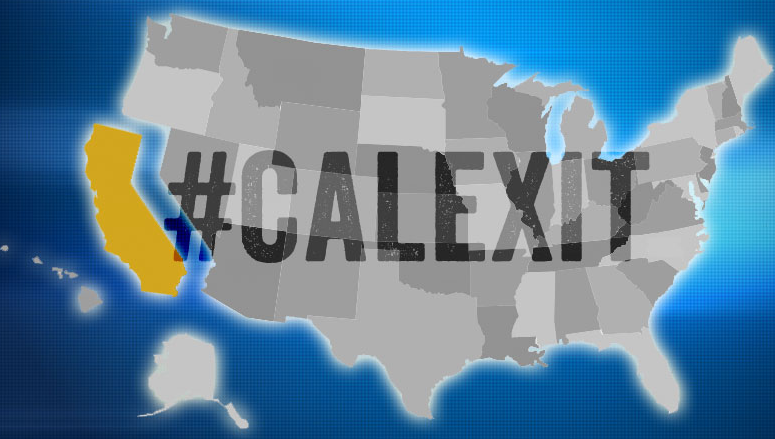 Agroup known as Yes California is moving forward in an attempt to put CalExit, an initiative to remove the parts of California’s constitution pledging allegiance to the United States, on the 2018 ballot. The next step would be a special election for Californian independence in 2019.

Recently, there have been many clashes between California and the federal government. To name a few, sanctuary cities such as San Francisco, universal health care and free public colleges as the city of San Francisco is adopting.

Governor Jerry Brown made national headlines as he lashed out at President Trump in his state of the state speech. However, weeks after his speech, Brown pleaded for emergency federal funding to protect citizens from dam failures and heavy rainfall in Northern California. 162 million to be exact.

You can’t have it both ways, California.

To say the least, CalExit is a horrendous idea. True, California would have the sixth largest world economy if it broke free, but the millions of voters who valued social progress over tax cuts know that the economy is not everything.

Leaving the United States is a selfish move, leaving behind 49 states and taking away the largest democratic state, one that gave the last democratic candidate three million votes.

If Californians are truly concerned about women’s freedom to make decisions about their bodies, about discrimination based on sexual orientation and about immigration policy, they will not leave the rest of the country behind. They will fight for them; they will lead the nation and be the voice of reason and the light of progress.

While shocking, illogical and extreme, a move for secession is not unprecedented. The last time a state seceded from the union was in the mid 1800s, leading to the Civil War.

I doubt anyone in their right mind wants a repeat of that, but perhaps the 7,000 people collecting signatures do.

The California Secretary of State has already allowed for the move to continue. But the odds to meet the required 585,407 signatures, which would call for a special independence election in 2019, are low. But after November who puts their faith in the polls anymore?

It is vital that everyone spread the word and vote with conscious rather than with emotion. It is normal to feel upset, angry and disapproving of the federal government; that has happened throughout the course of history. But disapproval is no reason to rid yourself of logic.

Since when do we leave when times are tough? Since when is the best option to give up on the rest of the country?

Disagreement and debate is necessary. California must continue to lead the rest of the nation in social reform, environmental protection and comprehensive legislation.

Sure, there will be obstacles and oppositions in the future, but that is the nature of politics. There need to be disagreements for progress to be made.

It takes two opposing forces, one from the thumb and one from the index finger, in order to pick something up. One force simply won’t do it.

Likewise, California’s showdown with middle American culture and the federal government is not as bad as it seems. It may very well be what allows us to make California’s envisioned United States into reality.