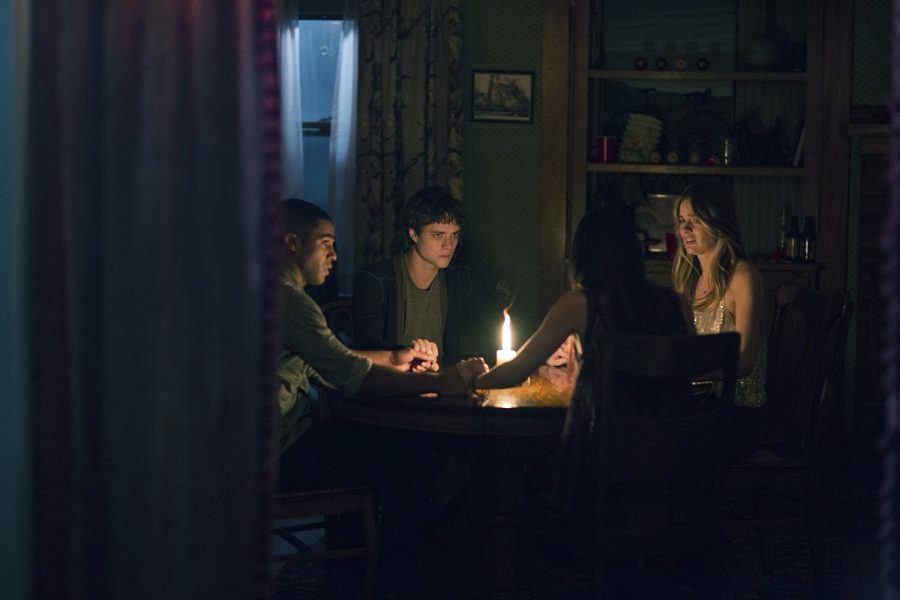 eleased on Jan. 13, 2017, The Bye Bye Man follows the story of three friends who discover the legend of a man to is capable of very malicious acts.

Elliot (Douglas Smith), John (Lucien Laviscount) and Sasha (Cressida Bonas) are all college students and have recently moved into an old house off-campus.

Throughout the movie, the viewer learns the signs of the Bye Bye Man is coming are coins that randomly appear from nowhere, train sounds and a large bare hound. However, these are presented in awkward manners which takes away from the suspense of each.

While this mythology gives the movie good potential and high expectations, the movie isn’t able to deliver anything close, but in fact makes the backstory ridiculous, messy and therefore confusing. Also, most the of the content isn’t original and the movie in total seemed to just be a mashup of previous horror films.

The characters of the story discover that the only way to protect themselves is “don’t say it, don’t think it,” which is repeated throughout the movie multiple times, but even this seems unoriginal.

After a promising intro to the film, it all goes downhill. For a movie to display visions that supposedly makes the character go insane and still be rated as PG-13 shows how much potential went missing during filming. The characters were also terribly developed and the focus was clearly on setting up small jumps scares that proved dissatisfying as they were too predictable.

In fact, there was barely any aspect of this movie that could be counted as satisfying.

The creating of a sequel to follow The Bye Bye Man as the film will prove to be a huge mistake if it happens due to this failure of a horror film.